WATERBURY, Conn. (AP) — A Connecticut judge on Tuesday ruled that a Texas lawyer for conspiracy theorist Alex Jones committed misconduct but will not be disciplined in connection with the improper disclosure of confidential medical records of relatives of Sandy Hook school shooting victims.

Attorney Andino Reynal, based in Houston, failed to safeguard the sensitive information and failed to take adequate steps after discovering the improper disclosure, Judge Barbara Bellis wrote in her decision.

The Sandy Hook families’ lawyers gave the medical records to Jones’ attorney in Connecticut, Norm Pattis, as part of discovery in the families’ lawsuit against Jones for calling the school shooting a hoax. The case went to trial in Connecticut in September and resulted in Jones being ordered to pay more than $1.4 billion in damages to the families.

Pattis was suspended for six months by Bellis earlier this month over disclosure of the records to other attorneys, including Reynal, who were not authorized to have them. The documents were never released publicly.

Reynal represented Jones in another trial in Texas, where Jones was ordered to pay nearly $50 million to the parents of one of the slain Sandy Hook children for repeatedly saying on his Infowars show that the shooting never happened. Jones says he is appealing both cases.

Pattis’ office gave the confidential records to Jones’ bankruptcy lawyer in Texas, Kyung Lee. Lee later gave the documents to Reynal, who gave them to the Sandy Hook families’ lawyer in the Texas trial.

Reynal said in court filings that the improper disclosure was inadvertent, and he did not know the records on the hard drive that he received from Lee were subject to a confidentiality order.

An appeals court has put Pattis’ suspension of his law license on hold pending a review of his appeal.

Arizona rancher held on $1M bond in killing near US border 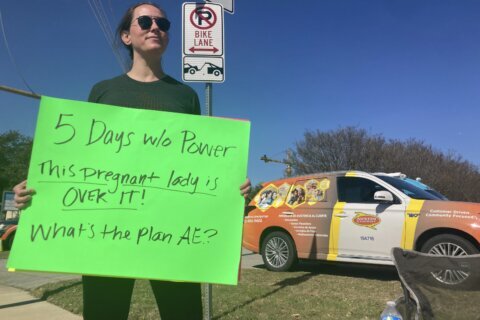