Who are officers charged in Ronald Greene’s deadly arrest?

Five Louisiana law enforcement officers have been charged with state crimes for their roles in the 2019 arrest of Ronald Greene, whose death authorities initially blamed on a car crash until The Associated Press published long-withheld body-camera video showing the Black motorist being stunned, beaten and dragged.

Here is a look at the officers involved and the counts they face:

Master Trooper York, 50, is seen in the video dragging Greene by his ankle shackles, putting his foot on his back to force him down and leaving the heavyset man face down in the dirt with his hands and feet restrained for more than nine minutes. Use-of-force experts say these actions could have dangerously restricted Greene’s breathing, and the state police’s own force instructor called the troopers’ actions “torture and murder.”

After joining the state police academy in 2003, York wrote that the ethics of Louisiana’s elite law enforcement agency were something he learned as a child.

“My dad was a Louisiana State Trooper. So my childhood I was raised in a Trooper family,” he wrote. “Being raised by a Trooper, I was taught the difference between right and wrong.”

York was suspended without pay for 50 hours following an internal investigation into his role in Greene’s arrest. Col. Lamar Davis, who took over as State Police superintendent in 2020, wrote York that his suspension had been decided by his predecessor, Kevin Reeves, adding he “would have imposed more severe discipline.”

York was placed on leave after his indictment Thursday. His legal defense said he expects to be found not guilty at trial.

Lt. Clary was the ranking officer on the scene of Greene’s arrest and falsely denied the existence of his own body-camera video from that night for nearly two years.

That 30-minute video is the only footage that shows the moment a handcuffed, bloody Greene moans under the weight of two troopers, twitches and then goes still. It also shows troopers ordering Greene to remain face down on the ground while restrained for more than nine minutes.

Clary’s video reached state police internal affairs more than a year after Greene’s death, but it was long unknown to detectives working the criminal case and missing from the initial investigative case file they turned over to prosecutors in August 2019.

Detectives say Clary falsely claimed he didn’t have any body-camera footage of his own and instead gave investigators a thumb drive of other troopers’ videos. However a state police internal investigation into him resulted in no discipline, with the head of the agency saying they “could not say for sure whether” Clary “purposefully withheld” it.

Clary was placed on leave after his indictment. His attorney did not respond to a request for comment in the courthouse.

Trooper DeMoss, 30, had attempted to pull Greene over for speeding and running a red light in Monroe. After a lengthy pursuit, he rushed Greene’s SUV alongside Master Trooper Chris Hollingsworth, who immediately deployed his stun gun. Greene was stunned seven times for a total of 19 seconds before being taken into custody, internal records show.

DeMoss told investigators he “survived a fight for his life” taking Greene into custody — an account contradicted by his own 46-minute body-camera video. DeMoss claimed Greene “never gave up resisting” and was “hollering and being belligerent” throughout the arrest, according to internal State Police records obtained by AP.

Troopers left Greene prone for so long because of his “physical size and strength and the fear that Greene would harm someone else should he regain his footing,” DeMoss said.

State Police fired DeMoss last year after arresting him in a separate excessive force case in which troopers beat another Black motorist following a high-speed chase.

Reached by phone, DeMoss declined to comment on the indictment, saying, “You guys always get it wrong.”

Harpin, a Union Parish sheriff’s deputy, arrived at the scene after the troopers had begun struggling with Greene. He can be seen on body-camera video helping troopers handcuff Greene. Afterward Harpin can be heard telling him, “Yeah, yeah, that s— hurts, doesn’t it?”

Harpin was placed on leave after his indictment. His legal defense said Thursday that he, too, expects to be found not guilty.

Capt. John Peters, the regional troop commander at the time, was accused by state police detectives in legislative testimony of telling them to conceal evidence in Greene’s case.

Peters, who was also among the commanders to sign off on the use-of-force reports in the case, told investigators that approving such documents without watching the body-camera video was his “common practice,” disciplinary records show.

Peters retired last year after acknowledging he approved use-of-force reports that glossed over another Black motorist’s beating without reviewing video, according to records.

Widely seen as the most culpable of the officers, Master Trooper Hollingsworth was not charged because he died in a high-speed, single-vehicle car crash in 2020 just hours after he was told he would be fired over his actions in Greene’s death.

Hollingsworth was seen on the video repeatedly bashing Greene in the head with a flashlight and was later recorded by his own camera calling a fellow officer and saying, “I beat the ever-living f— out of him, choked him and everything else trying to get him under control. … All of a sudden he just went limp.”

Under questioning by internal affairs days before his death, Hollingsworth said he feared for his life while arresting Greene. “I was scared,” he said in the recorded interview. “He could have done anything once my hold was broke off him — and that’s why I struck him.”

Detectives then showed Hollingsworth autopsy photos and asked him to describe several cuts on Greene’s head.

“You don’t think your flashlight caused those cuts?”

“It could have,” the trooper said.

Despite his involvement in the case, the 46-year-old Hollingsworth was allowed to be buried with full honors. 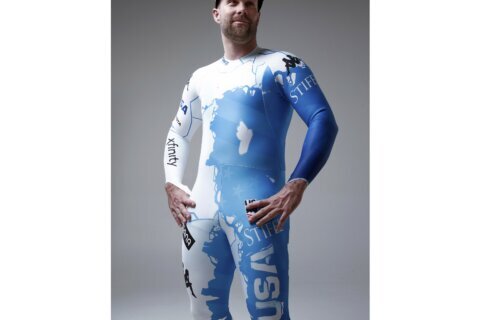 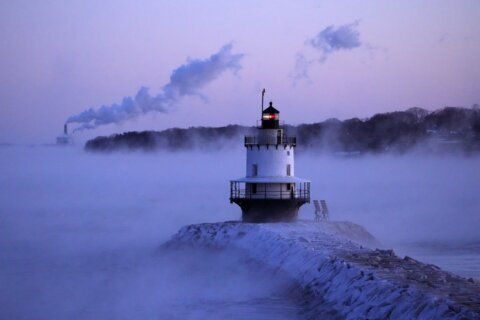