The crew of the International Space Station on Sunday was inspecting an attached Russian space capsule that may have been…
Listen now to WTOP News WTOP.com | Alexa | Google Home | WTOP App | 103.5 FM

The crew of the International Space Station on Sunday was inspecting an attached Russian space capsule that may have been damaged by a micrometeorite, while ground controllers considered whether to send up a replacement spaceship to ferry some of them home.

Russia’s space corporation, Roscosmos, said the crew was using a camera on a Canadian-built robotic arm to capture images of the Soyuz MS-22 where a coolant leak was detected last Wednesday night, U.S. time. After the images are transmitted to the ground on Monday, space officials will analyze them — along with other data about the problem — by month’s end and decide on next steps.

One option, Roscomos said, is to expedite the delivery of another Soyuz capsule to the space station. Workers at the Baikonur Cosmodrome in Kazakhstan are preparing to launch Soyuz MS-23 to the space station next March with three crew members but could send it up sooner without a crew. That would allow some of the seven crew now on the space station to return home.

A Russian space official said last Thursday a micrometeorite could have caused the leak. Roscosmos said the damage was to the outer skin of an instrument and equipment compartment.

Roscosmos and NASA both say the problem doesn’t pose any danger to the crew. The leak prompted a pair of Russian cosmonauts to abort a planned spacewalk last Wednesday. An American spacewalk is planned next Wednesday.

Sergei Krikalev, a veteran cosmonaut and director of Roscosmos’ crewed space flight programs, said the leak could affect the performance of the capsule’s coolant system and the temperature in the equipment section of the capsule. Russia’s Ria-Novosti news agency reported that the capsule’s temperature had risen but that ground controllers were able to reduce it to normal levels. The agency didn’t explain how the temperature was reduced.

Last Wednesday, as Russian cosmonauts Sergey Prokopyev and Dmitri Petelin were about to venture outside the station on the spacewalk, ground specialists saw a stream of fluid and particles on a live video feed from space, along with a pressure drop on instruments, emanating from the Soyuz capsule.

Prokopyev, Petelin and NASA astronaut Frank Rubio had used the capsule to arrive at the International Space Station on Sept. 21, and it serves as a lifeboat for the crew. The capsule was scheduled to return to Earth with some of the space station’s crew, as part of regular rotations, next March.

Along with Prokopyev, Petelin and Rubio, four other crew members are currently on the space outpost: NASA astronauts Nicole Mann and Josh Cassada; the Japan Aerospace Exploration Agency’s Koichi Wakata; and Anna Kikina of Roscosmos. 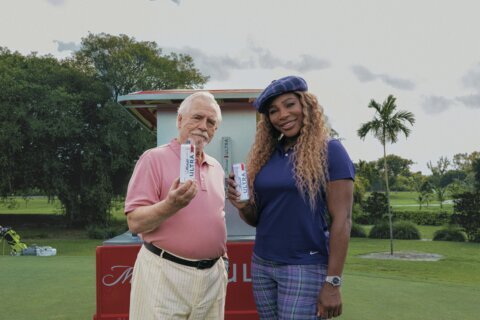