When the closely watched Georgia Senate race went to a runoff, nonprofit organizations that educate voters strained to ramp up operations again after Election Day.

“It’s not just, ‘Find new canvassers and recruit new volunteers.’ It’s also, ‘Find new money,’” said Kendra Cotton, CEO of New Georgia Project — founded by Stacey Abrams, the Democrat who lost her second campaign to become the state’s governor last month. The project’s goal was to raise $1 million to inform voters about the runoff, help them find out where and how to vote through phone banking and text banking, as well as voter protection at the polls. As of Monday, they have raised $797,000.

Grassroots groups have missed the mark in educating donors, Cotton said, explaining that she’ll hear from even high dollar donors that they don’t need to donate to her group because they’ve already given to Abrams or to Democrat Sen. Raphael Warnock, who will take on Republican challenger Herschel Walker in the runoff.

Many don’t understand, she said, that their political donations do not trickle down and that grassroots nonprofits cannot work with campaigns or advocate for candidates.

However, the group believes their efforts are essential, especially in this case. Many voters don’t know there is a runoff and are confused about whether they are eligible to vote in it, Cotton said. Canvassers will say, “’Yes, ma’am or yes sir, you might have already voted on November 8th, but there is another election on December 6th,’ and they’re like, ‘What the hell? Between who?’” Cotton said.

In Georgia, where district boundaries and voting rules have changed since 2020, this kind of voter outreach and education is vitally important and not something most political campaigns focus on, she said. Her organization put together a map of the hours and locations of early voting sites in every county, which numerous other nonprofits are using.

“We will be knocking on doors, we’ll be texting, we’ll be phone banking, and we’ll be doing election protection,” said Nguyen, whose sister Bee Nguyen was the Democratic nominee for secretary of state in Georgia. In that race, the incumbent Republican Secretary of State Brad Raffensperger was reelected.

Asian Americans Advancing Justice-Atlanta also provide interpreters for people at polling sites in 10 counties, including five in the Atlanta area.

The Community Foundation for Greater Atlanta and the Southern Poverty Law Center (SPLC) support dozens of organizations like these in five southern states. In June 2020, SPLC announced it would grant $30 million from its endowment to fund grassroots organizations “to increase voter registration and participation among people of color with a lower propensity to vote.” Last December, it added another $100 million over 10 years, again from its endowment, to its Vote Your Voice grant program, which the Community Foundation for Greater Atlanta is overseeing.

The project is part of SPLC’s mission of achieving racial justice in the South, said senior advisor Amy Dominguez-Arms. Contributions to SPLC more than doubled from 2016 to 2017, the year Donald Trump was elected president, from $58 million to $136 million according to nonprofit information source Candid.

Philanthropic funding for tax exempt nonprofits that do nonpartisan voter registration or mobilization is often concentrated in the two months before Election Day, but this support is long term. Participation in a democracy doesn’t just happen when it’s time to vote, Dominguez-Arms said.

Major philanthropic conveners like the Funders’ Committee for Civic Participation are encouraging donors who want to fund civic engagement or democracy portfolios to unlink their funding from the political calendar.

“Organizations, if they’re really going to be building civic engagement in democracy, small ‘d’ democracy, the money is needed year round,” said Paul Ryan, deputy executive director of the FCCP.

Political donations that are not tax exempt are also pouring into the Georgia runoff, even though Democratic control of the Senate is already decided. The IRS rules that govern nonprofit activity allow nonpartisan voter registration and mobilization as well as things like education on the voting process, creating candidate questionnaires and supporting or opposing ballot measures.

Nonprofits are prohibited from supporting political campaigns in any way whether that is through donations, the sharing of resources or written or verbal endorsement.

The rules for nonprofit activity around elections have come under scrutiny especially after Facebook founder Mark Zuckerberg and his wife Priscilla Chan made a $400 million donation in 2020 to two nonprofits that then granted funds to help elections officials administer the vote during the pandemic when neither vaccines nor effective treatments were available.

Lawson Bader, president and CEO of DonorsTrust, whose mission is to safeguard the philanthropic intent of self-described conservative and libertarian donors, said his organization hasn’t tracked an increase in donations around the midterms, though he wouldn’t be surprised if there was more interest in helping elections become more efficient.

He said it’s worrisome that frustration with money’s influence in politics has spilled over from the world of political action committees and 501(c)4 nonprofits, whose work is not tax exempt, into nonpartisan work.

“I don’t think anyone disagrees that it would be great if this didn’t have to be philanthropy and it could be resourced through the government. But unfortunately, that’s not where we’re at,” said Ashley Spillane, senior advisor at Power the Polls, an initiative that started in 2020 to help recruit poll workers when the pandemic was keeping many, especially older poll workers, from participating.

Her organization recruited potential poll workers on Election Day this year and is continuing to recruit for the runoff in Georgia.

Voters have less than three weeks to receive and return absentee ballots and at least five days of early voting during the last week of November. That’s a narrow timeframe, Spillane said.

“Voters in Georgia are going to have to show up to polling locations,” Spillane said. “And making sure that they are incredibly well staffed and that there aren’t any gaps or polling location closure closings is absolutely critical in an election like that.”

The Warnock campaign sued successfully to allow for early voting on the Saturday after Thanksgiving, though only some decided to open polling stations that day, leading to long lines and hours-long waits.

Political affiliations vary among the communities that Nguyen’s organization reaches, she said, given the range of ethnicities, languages and migration backgrounds that shape people’s worldviews.

“When we’re out there doing nonpartisan voter registration and getting out the vote, it really could be that the person is voting for anyone,” she said, adding, “It’s absolutely a nonpartisan issue to want every Georgian and every eligible voter to be able to access the ballot.” 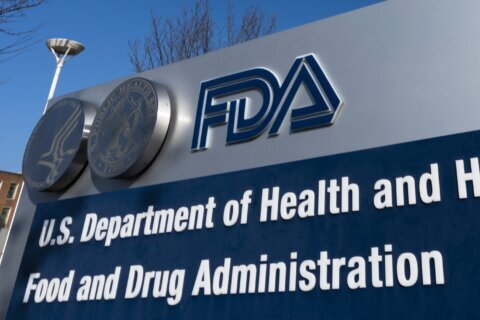