The holiday shopping season — for Mega Millions lottery ticket buyers, at least — is ramping up as officials say the estimated jackpot for Tuesday night’s drawing has surpassed half a billion dollars.

As of late Monday, lottery officials estimate Tuesday’s prize at $565 million — or more than $293 million if delivered in cash — after there were no lucky winners holding a ticket that matched all six numbers in the last drawing held on Friday.

Tickets sold in California and Florida for an Oct. 14 drawing shared the last Mega Millions jackpot of $502 million. The lottery’s top prize has been building anew over 20 drawings held since then.

Lottery officials say there have been 11 winning jackpots of $500 million or more since Mega Millions began in 2002. The record Mega Millions jackpot is more than $1.5 billion, won in 2018, and a jackpot surpassing $1.3 billion was won in Illinois in July.

The largest U.S. lottery jackpot ever won was $2.04 billion in November. The winner bought the lucky Powerball ticket in Southern California. 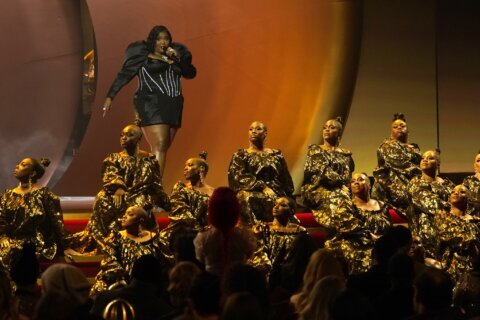