BOSTON (AP) — Massachusetts Gov. Charlie Baker, an anti-Trump Republican who easily won reelection four years ago, learned his earliest political lessons listening to his Democratic mother and Republican father hashing out the issues of the day.

“My parents were married for 60 years before my mom died and they never voted for the same person,” Baker, 66, told The Associated Press. “The dinner table was just a hilarious series of conversations about all kinds of things.”

Those listening skills — there was a reason he was given two ears and one mouth, his mother would say — proved critical as Baker, part of a tradition of socially moderate, fiscally conservative New England Republicans, took the helm of a liberal-leaning state dominated by Democrats in 2015.

Baker battled blizzards, a teetering public transit system and once-in-a-generation pandemic. He also drew the ire of former President Donald Trump by refusing to endorse or vote for the fellow Republican in 2016 and 2020. Trump, in turn, laced into Baker, calling him a “RINO” or Republican In Name Only.

“Baker is bad on crime, disrespects our police, does nothing for our Veterans,” Trump said in a 2021 email.

Baker is still reluctant to engage Trump directly, saying the GOP “has to make a decision going forward about how they want to handle that message and I hope they make the right one.” By necessity, Baker forged a bipartisan path. He could do little without Democrats.

“I’ve always thought this is a team sport. I’ve never felt like it worked if we thought about it purely through the lens of win-lose,” said Baker. “The American public is nowhere as extreme as social media and the parties would lead you to believe.”

As he prepares to leave office next week, the 6-foot-6-inch (2-meter) former Harvard basketball player is looking ahead to his next job leading the NCAA. The country’s largest college sports governing body oversees some 500,000 athletes at more than 1,100 schools.

Baker steps into the job in March.

“It’s a huge part of how a lot of young people find themselves, build a foundation of their value systems and their belief in themselves and it is a way a lot of kids in the U.S. end up going to college,” said Baker.

Among Baker’s fans is his successor, Democratic Attorney General Maura Healey, who last month became the first woman and first member of the LGBTQ community elected Massachusetts governor. She takes office next week.

Healey has praised Baker, calling him “a valued partner” and “a friend” who focused on common ground in an era of divisiveness.

“I’m grateful to Governor Baker for his leadership over the past eight years. He led with integrity, empathy, a determined work ethic and a willingness to work with everyone.” Healey said.

Democratic Senate President Karen Spilka said she was able to work with Baker on bills ranging from K-12 education and mental health care to the climate crisis and criminal justice.

“Despite being of different parties, I’m proud of the legislation we were able to pass and that he signed,” Spilka said.

Earlier this year an entire branch of the subway, the Orange Line, was closed for 30 days to let workers complete five years worth of repairs. The Massachusetts Bay Transportation Authority’s troubles even drew the attention of the Federal Transit Authority.

One bit of good news came this month with the opening of a new extension of the Green Line subway from downtown Boston to nearby Medford.

“The thing people in elective office need to understand is that you will get credit for expansion because it’s visible. You will not get credit for all the stuff you do on the core system, which is the reason why a lot of people won’t do it,” Baker said.

Ironically, one of Baker’s harshest critics is the head of the Massachusetts Republican Party, a Trump loyalist.

GOP party chair Jim Lyons has sided with the former president, who lost by double digits in both elections in Massachusetts, against Baker.

“President Trump was 100 percent correct when he declared earlier this month that ‘RINO’ Gov. Charlie Baker ‘has done nothing for the Republican Party,’” Lyons said last year. “No Republican governor in America has done less to advocate for Republican principles than Gov. Baker.”

By far the biggest challenge Baker confronted was the coronavirus pandemic.

During the pandemic’s first 100 days or so Baker held daily, livestreamed news conferences as leaders tried to get their arms around the rapidly evolving public health nightmare.

One of the biggest lessons from those early months is the need for clear and constant communication in times of crisis, he said.

“When people are really anxious about something and when there is so much information, some of which is in direct conflict with each other flying around, it’s really important for public officials to be out and to be visible on a regular basis,” Baker said.

Baker has said he hopes Healey presses for the development of renewable energy, one of his priorities. Baker had pushed unsuccessfully to put $750 million into a clean energy innovation fund.

Although he doesn’t have any immediate plans to jump back into politics, Baker wouldn’t rule it out.

He said the biggest unexpected lesson he’s learned as governor was how much he and his administration would be embraced by the public.

“When you spend as much time in front of the media as we do, people treat you like you’re their neighbor. You may be the good or the bad neighbor, but they treat you like a neighbor and they tell you all kinds of interesting things,” he said. “That has been incredibly important to me.” 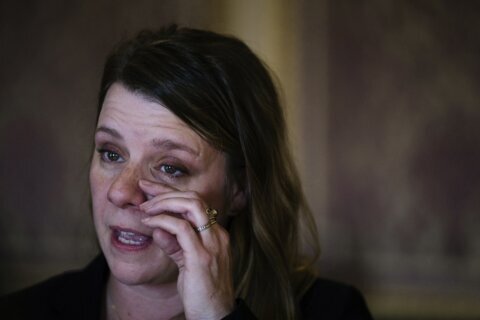