SAN FRANCISCO (AP) — A judge in federal court Thursday questioned San Francisco’s tactics in homeless encampment cleanups, suggesting the city is not following its own policies of offering shelter beds to people being asked to leave a public area.

Magistrate Judge Donna M. Ryu in U.S. District Court in Oakland did not issue a ruling on a request by homeless plaintiffs to make the city stop dismantling encampments until it has thousands more shelter beds. She said she would issue a written order on the request for a preliminary injunction.

Attorneys for San Francisco said its policies balance the rights of homeless people with a need to maintain public spaces clean and safe for everyone. In court documents, they said homeless people get plenty of notice of upcoming cleanings, receive offers of help and shelter and are asked to leave an encampment only after declining an offer to stay elsewhere.

But the judge pointed to evidence provided by the Coalition on Homelessness and seven plaintiffs, containing academic analysis and detailed eyewitness accounts of numerous sweeps conducted in the past three years that show homeless people were deprived of personal items and pushed out with nowhere to go.

“The policy isn’t the problem,” Ryu said in the virtual hearing. “The question is how is that policy being executed.”

The Coalition on Homelessness sued San Francisco in September, alleging that the city clears out encampments not to connect homeless people to services and housing as it claims, but in response to neighborhood complaints and to drive out homeless residents.

The lawsuit is among several pending in Western states where visible homelessness has grown amid a shortage of shelter beds and affordable housing.

The coalition in San Francisco also requested a preliminary injunction to stop city workers from seizing tents, clothing and other belongings of homeless people unless it follows its own policies of bagging and tagging items for safekeeping for up to 90 days.

Jim Emery, deputy city attorney for San Francisco, acknowledged that outreach workers may not have specific shelter beds available at the start of an encampment cleanup, but said everyone who wants one gets a bed indoors by the end of the day.

But legal declarations submitted by homeless people, formerly homeless people and their advocates show many instances where beds were not offered. Instead, people were cited and threatened with arrest if they did not leave the area and their belongings were haphazardly trashed in rushed, early-morning sweeps.

Both sides acknowledged that the city is short thousands of shelter beds and there is no way for homeless people to voluntarily get off the streets and into shelters unless they are offered one during a cleanup.

There were 34 beds available as of Friday, said Zal K. Shroff, senior attorney with the Lawyers’ Committee for Civil Rights of the San Francisco Bay Area, one of several legal organizations representing the coalition. There are an estimated 7,800 homeless people in San Francisco.

The judge was also skeptical of Emery’s explanation that the reason city street cleaners disposed of laptops, prosthetics, a wheelchair and working bikes — as plaintiffs swore in legal declarations — was that the items might have intermingled with needles used to inject drugs.

City policy allows street cleaners to dispose of garbage, abandoned belongings and items that present a health or safety risk.

The lawsuit is the latest in a yearslong battle between politically liberal San Francisco and the thousands of people sleeping on sidewalks and in vehicles along neighborhood streets.

In 2018, the U.S. Court of Appeals for the Ninth Circuit ruled it unconstitutional to cite or arrest people for sleeping in public when there is no shelter available.

Last week, a federal judge issued an emergency injunction to stop the city of Phoenix from conducting sweeps of a large homeless encampment downtown, in response to a lawsuit filed by the ACLU of Arizona. Authorities cannot enforce camping bans on anyone unable to obtain a shelter bed and can only seize property that is illegal or a threat.

The ACLU of New Mexico and others sued the city of Albuquerque this week, alleging officials are destroying encampments and criminalizing people for being homeless. 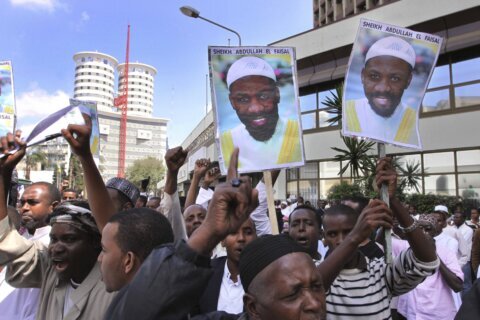 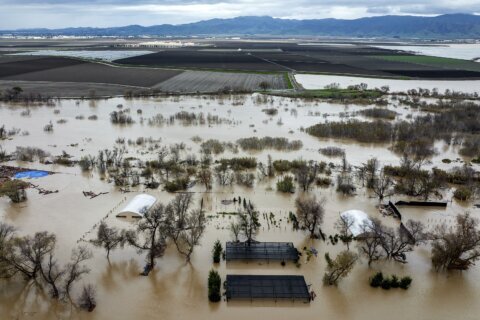 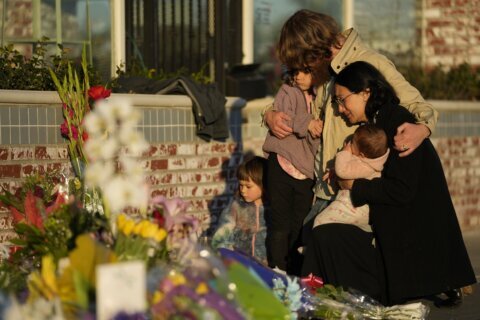