Behind the Lens: The Sri Lanka presidential palace, overrun

Associated Press photographers talk about their 2022 assignments, and share some of the stories behind the images. ___ THE PLACE:…
Listen now to WTOP News WTOP.com | Alexa | Google Home | WTOP App | 103.5 FM

Associated Press photographers talk about their 2022 assignments, and share some of the stories behind the images.

ON ARRIVING AT THE PROTESTS:

JAYAWARDENA: I was shooting a cricket test match between Australia and Sri Lanka about 100 kilometers south of the capital, Colombo. I heard the news of people rushing into President Rajapaksa’s official residence, I sought help from a friend to get back to Colombo to cover the story. I had to pay him for petrol, which was four times higher than the normal fee because it wasn’t available in the markets and people were queuing up for days. Within about two hours I reached the president’s official palace. I saw hundreds of protesters celebrating the victory by chanting slogans and singing and dancing. Some protesters did not like being photographed, but some did not notice. Their focus was on other matters.

MAQBOOL: I was worried: Will they allow me to shoot inside? I didn’t know how the army or protesters would react. And once I reached the gate, I saw hundreds of people entering the president’s residence. No one was stopping them. The mood was festive and they were celebrating throwing the president and prime minister from their residence and offices. Once I was inside the building, it was packed. We were not able to move, I was worried as there were kids present, too, I thought that if they couldn’t control the crowd, there were chances of a stampede. But the people simply wanted to see where their corrupt leaders lived and worked and were celebrating that they were able to throw them out.

ON THE LOGISTICS OF COVERING THE STORY:

JAYAWARDENA: Transportation was the main issue I faced. I got help from fellow photographers to move around. By that time, I had had sold my vehicle due to the inability to maintain it because of rising inflation. I had to make a choice — pumping fuel for higher prices or spend that money to secure food needs at home. Finding food was extremely difficult. By this time, availability of cooking gas in the market was zero. Tea shops and food joints all were closed. On and off there was a food seller. My family did not have cooking gas for months, and we did our entire cooking with the help of a rice cooker.

I think readers should know about the determination and the difficulty involved in reporting this story amid all kinds of economic sufferings. For me, this is the difference between this story and other stories I had covered before. You are part of the suffering community and still you cover what others do. Despite being a newsperson, I, too, had to go through hardships finding essentials. Sometimes people reacted roughly when I was taking photos at queues for gas and kerosene. I attempted to overcome the helpless feelings and tried to understand their despair by fitting in to their shoes.

MAQBOOL: To hire a car, it was very difficult. We paid five times more, and still there was no guarantee you would get a taxi. The drivers would tell us, “If we manage to get gas, we will come. Otherwise no.” At times we had to walk or if we were lucky, we might get a three-wheeler. Thankfully the hotel I was staying at was quite central, but walking with your heavy equipment through swarms of people was quite stressful.

ON WHAT IT WAS LIKE TO PHOTOGRAPH THE STORY:

MAQBOOL: What struck me most about this story was the thought at the back of my mind that although these were protests to overthrow a government, they were peaceful. Protestors were keener on taking selfies inside the presidential palace, and none of them destroyed or harmed any furniture or property. Nothing was broken or shattered. It was like a country fair atmosphere but with underlying tones of frustration and despair. This was an interesting assignment because it was documenting the catastrophic effect that mismanagement of the country’s resources by the political elite had on the life of the common people.

ON WHAT WAS LEARNED:

MAQBOOL: I have been to Sri Lanka many times; this was sort of a different assignment for me. It was the first time I witnessed the overthrowing of a government. It made me realize that this could easily happen anywhere in the world. It also made me realize that this is a story as old as ancient kings and emperors. Corruption and greed have always been powerful motives for the rulers to gamble with the welfare of their people. So in a way, it was not a new realization, exactly, but rather a modern-day version of the same ancient story. However, what stayed with me from this assignment was the grace, resilience, and quiet determination of the Sri Lankan people. They fought for their cause and did so with courage and dignity. They are an example a lot of us should look up to. 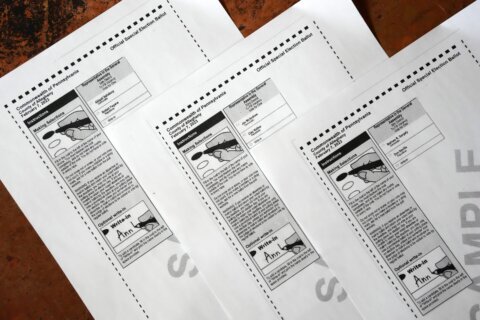