2022 Notebook: The slap heard (and seen) around the world

THE BACKGROUND: Was it real? Or staged? Very real, it turned out. Will Smith’s slapping of Chris Rock at the…
Listen now to WTOP News WTOP.com | Alexa | Google Home | WTOP App | 103.5 FM

THE BACKGROUND: Was it real? Or staged? Very real, it turned out. Will Smith’s slapping of Chris Rock at the 2022 Academy Awards after the comedian told a joke about his wife, Jada Pinkett Smith, reverberated through the entertainment industry and the nation — and led to Smith being banned from the Oscars for a decade.

The incident touched off multiple conversations about race, about celebrity and — for a couple days of intense debate — about authenticity. Smith apologized, and eventually released an apology video as well.

But even months later, the very moment it happened — and the unexpected pall it cast over the Oscars that evening — remains a focal point. Here, the AP photographer who captured the moment and an AP entertainment writer who covered the evening recall their experiences.

CHRIS PIZZELLO, AP photographer who caught the iconic image and has been covering the Oscars since the 1990s:

When I think back, the main emotion I have is relief. I’m up there at the top of the of the Dolby Theatre, way high up, a long distance away. And I have a rig with a 600 mm lens and a 200-to-400 mm lens for a little wider shots. Luckily, when Chris Rock was there, I was on the 600. Then suddenly it looked like someone was coming on the stage. I saw someone’s blurry head approaching him. And I was just working on on instinct. And suddenly, something happened. The collision of the hand against Chris Rock’s mic was really loud. And as soon as it happened, all the eight or nine photographers in the sound booth with me had the same reaction, which was, “Oh, my God, did I get that?”

If you look at the video, it happened really, really fast. And he did play Muhammad Ali in a movie, so he’s got a good right cross. And my first emotion when it happened was fear that I missed it. Because it happened so fast. It was probably the longest 30 seconds of my life. I was waiting for Paula Muñoz, my editor, who I was with tethered with. I have a headset on and I’m talking to her in real time as she’s seeing my images. For about 30 seconds, there’s nothing. Then suddenly I just heard Paula go, “Oh, you got it.” I’ve never been more relieved.

I didn’t get the hand hitting the face, but it happened so fast that you’d almost have had to see it in advance. But it’s probably a better picture anyway, him reacting to getting hit. I think everyone was slightly late on it. But you’d have to be able to predict the future to get the hand on the face. So yeah, it was wild. But as I look back on it. I just feel just relief that I got a decent image out of it.

The Oscars is always one that I’m hyper-alert about, because big, unpredictable things happen. Other unexpected things have happened. And I’ve luckily got all of them. I haven’t failed yet. The first one was when Jennifer Lawrence tripped on the way to the stage. Remember when Warren Beatty announced that it was “La La Land” and it was really “Moonlight”? I didn’t think it could get any crazier than that. But this flap is the topper of all of them. And so you just have to be extremely on alert. Every year. I come out of photojournalism, and I’m glad that I have that photojournalism training. Because you have to rely on your instincts sometimes. I think that helps me in situations like this.

I was in the press room, backstage at the Oscars, which is where the winners come back afterwards, and where there are 100 journalists from around the world. It’s a buzzy kind of atmosphere. And I think there was especially a lot riding on that Oscars, because it was the first real ceremony after the first two years of the pandemic. The movie business had been through such ups and downs and had really just been struggling to survive. So Hollywood really wanted to put on its best show.

Things had been going pretty well. But when that happened, it was like the world’s largest balloon just got popped, like all the air went out of the whole festivities. And nobody really knew immediately what exactly had transpired. It obviously looked, at first, like it was a setup, that it was a scene being acted, I think, partially because of how dramatically Smith kind of strode on stage and hit Rock. We’re accustomed to that kind of overdramatized response to things in an award show. And it really did feel like that because it just came so out of left field that nobody could process it as it was happening. It seemed like you’re in a “Manchurian Candidate” moment — like he got a signal in his brain and acted on it somehow.

Part of it was the difficulty of just knowing what emphasis to give it. It was clearly the biggest talking point of the night, but we’re so geared up for all the milestones that can happen during an Academy Awards broadcast. You sort of have to shift from watching an awards show to almost reporting on a crime scene. It’s a weird juxtaposition that is hard to kind of, reconcile in a story that is supposed to, you know, cover all of what happened during those 3 1/2 hours. I guess that that’s kind of what I struggled with the most that night — how to properly frame it.

Chris Rock has never really had his say about this yet. He has in standup, but his special will probably be when he finally airs exactly his thought about it. Will Smith has a new movie out, which is a new test of how people feel about him. I do think that when he struck Chris Rock, he also waged a blow against the movie business. The comeback story that Hollywood was hoping to tell the world kind of got hijacked. It just added to all of the uncertainty and destabilization that seems to be around the movie business right now. 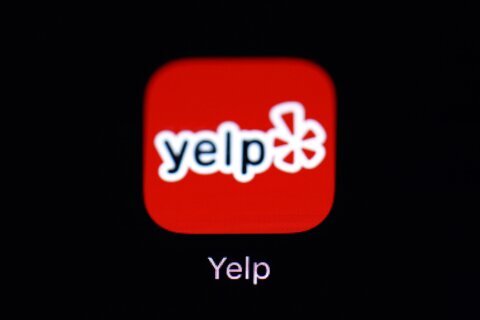