BOZEMAN, Mont. (AP) — Donald Trump’s former interior secretary, Ryan Zinke, stood in the cold outside a Loaf ‘N Jug gas station in southwestern Montana and weathered a barrage of curses, friendly honks, obscene gestures and shouts of support as he waved a “Veterans for Zinke” sign.

Love him or hate him, Zinke is a well-known commodity in this Western state with a complicated political record.

“If I get a honk out of a Subaru it’s a victory,” Zinke joked Thursday, referencing the vehicles considered popular among many liberals in the college town of Bozeman. “Some people express their dissent.”

More than three years after resigning from Trump’s Cabinet amid multiple ethics investigations and then going to work for the petroleum industry he used to regulate, Zinke’s bid to return to the U.S. House is challenged by a well-financed Democrat on the left, a determined Libertarian on the right — and by his own reputation among Montana voters. Republican Zinke barely survived June’s primary against a hard-right conservative.

The former U.S. Navy SEAL has responded with characteristic aplomb to rising hope among Democrats they can defeat him: He boasted later that day in Bozeman during a tour of a wildfire aircraft hangar about his expectation to be on the influential House Appropriations Committee.

Once viewed as a moderate, Zinke’s rightward shift under Trump and revelations that Zinke lied in two federal ethics cases have exposed him to sharp attacks from Democrat Monica Tranel, a longtime consumer rights attorney who once worked for former Republican U.S. Sen. Conrad Burns. Libertarian John Lamb has toured the state with Tranel attending Democratic-sponsored debates. They’ve differed sharply on issues but united in painting Zinke as lacking integrity.

Montana is rich in fossil fuels and while at Interior, Zinke loosened restrictions on the industry.

“This is a follow-the-money campaign,” Tranel said. “His financial interests are definitely served by advocating for fossil fuels. I’m looking at it in terms of what’s going to serve Montana.”

It’s the first election for a newly drawn House district, created last year after Montana gained a seat following the 2020 census. The Republican-leaning seat includes liberal strongholds such as Missoula and Butte. that offer Tranel a chance to become the first Montana Democrat elected to the House since 1994.

A GOP wave swept Montana in recent elections, ending years of residents splitting their votes between Republicans and Democrats.

But the June primary revealed Zinke’s lackluster support within his party: he won with 42% versus 40% for conservative Al Olszewski.

Zinke in an interview waxed nostalgic for more civil times, which he said disappeared after former President Barack Obama left office. Yet he’s bitter over a supposed “deep state” that supposedly targeted him in Washington. He dismissed as vindictive investigators’ reports that Zinke lied during a probe into a Native American casino proposal and about his involvement in a real estate project in his hometown.

His legislative priority for Congress is the proposed FEAR Act, for Federal Employees Accountability and Reduction, to make it easier to fire federal workers.

“Those who are abusing power, we should be able to go after them,” he said. “I don’t think targeting people who are doing wrong is a breach of civility.”

There’s been minimal polling in the race and Lamb’s presence adds to the uncertainty.

Mailers recently sent to voters postmarked from a Democratic-linked group in Washington D.C., described Lamb as the race’s “true conservative” and panned Zinke. Similar flyers dropped over the weekend bore the Montana GOP logo, according to party officials who denounced them.

Outside groups used similar tactics — promoting a Libertarian to peel away Republican votes — during Montana’s 2012 and 2018 U.S. Senate races. In the 2018 race, a man who registered as a Green Party candidate was on the GOP payroll. Democratic Sen. Jon Tester narrowly won both.

Lamb, an antigovernment extremist who thinks the punishments for many Jan. 6 Capitol rioters have been too harsh, denounced Democrats for sending campaign material in his name. He also criticized Zinke, who Lamb said asked him to drop out of the race at an August debate.

“His policies are no better than the Democrats’,” Lamb said. “There’s going to be no changes with either one of those two.”

“It’s going to be a lot about Zinke if he ends up losing,” Saldin said. “Does the dislike of Zinke extend far enough where some voters vote for Tranel, some vote for the Libertarian, some hold out? Those things can add up.”

Zinke’s campaign spent $5.7 million as of Oct. 19, versus $2.6 million for Tranel, according to federal election filings. Of Zinke’s itemized donations, 71% are from out of state, compared to about 23% of Tranel’s, filings show. Lamb is not spending money.

During a recent campaign stop in Butte, Tranel held a news conference alongside climate change activists to deride a looming utility rate hike from NorthWestern Energy, then headed up the street to call a game of bingo at the Belmont Senior Center

Senior Arlene Munyon complained to Tranel that Zinke “doesn’t stay in one place,” a reference to his leaving the House to join Trump’s Cabinet months after winning reelection to a second term. Tranel sought to steer the conversation away from Zinke but another resident chimed in to question if Zinke was even a Montana resident because his wife’s primary residence is in California.

The exchange underscored Tranel’s challenge: getting voters to look past Zinke’s links to national Republicans and her party’s stumbles under President Joe Biden.

“They’re trying to make it a generic ‘R’ versus a generic ‘D,’” Tranel said, referring to the Republican and Democratic parties. “This is Ryan versus Monica.”

This story has been updated to corrected the spelling of Sen. Jon Tester’s first name.

This story was first published on Oct. 31, 2022. It was updated on Nov. 2, 2022, to delete an incorrect reference to the city of Helena being in the district. 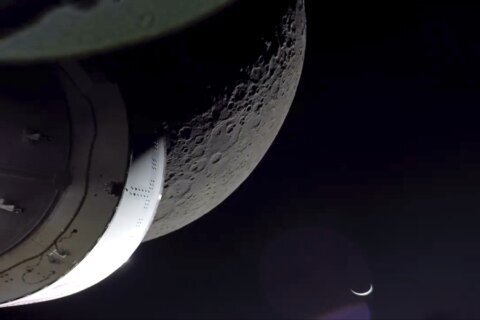 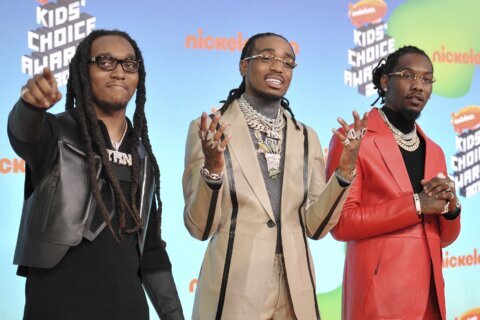