Number of wrong ballots cast in Nashville now more than 430

NASHVILLE, Tenn. (AP) — More than 430 voters cast ballots in the wrong race in early Election Day voting in Nashville, a left-leaning city that Republicans carved three ways during redistricting in hopes of flipping a Democratic seat.

The amount is a stark jump from the initial number that the Davidson County Election Commission provided last week, when officials said the problem was contained to just 212 miscast ballots. Election administrator Jeff Roberts said Monday that the initial amount did not take into account the final three days of early voting, which ended last Thursday. He also provided a list of the affected voters.

The new number places yet another level of scrutiny around Nashville’s voting system, which has faced criticism after The Associated Press reported that voters were being given ballots for incorrect congressional and statehouse races. The problem involves precincts that were split during the GOP-led redistricting process, which resulted in Nashville being divided into three congressional districts.

Republicans pushed back on the idea that redistricting caused the problem. Instead, they’ve placed the blame on Nashville election officials even though similar problems have popped up elsewhere across the state.

Shortly after the AP’s report last Tuesday, Roberts said his office had worked throughout the night to fix the problem and that voters would receive the correct ballot by Election Day this Tuesday.

On Friday, however, officials reversed course, saying there was still a risk of an unknown amount of voters receiving the wrong ballot.

Under an agreement sparked by a lawsuit filed Friday, voters now may be able to enter a provisional ballot on Election Day at the county election office if they submitted an incorrect ballot during the early voting period. Those provisional ballots will only be opened if the election is contested.

Meanwhile, voters who believe they are given the wrong ballot on a voting machine on Election Day will also be given a chance to use a special paper ballot at their assigned polling places.

Voters whose districts were correctly assigned will cast their ballots on voting machines at their regular polling places.

So far, Democratic leaders have varied widely on the appropriate solutions to the ballot mix up. Tennessee Democratic Party Chair Hendrell Remus called on the Davidson County Election Commission to remove Roberts, while Rep. Vincent Dixie, who serves as the House Democratic caucus chairman, said that all early voting votes should be nullified and that the election should be delayed.

“The current compromise is not representative of one person one vote,” Dixie said. “People who voted on the wrong ballot are given the chance to submit a provisional ballot. In essence, they will have two votes.”

It’s still unclear how exactly voters received the wrong ballot. Election officials have said mapping computer software didn’t properly take into account the newly drawn congressional and legislative maps. The secretary of state’s office has been tasked with investigating the problem, but the results likely won’t be publicized until after the election.

Incorrect ballot issues have not been contained to Nashville.

Shelby County election officials confirmed 50 ballots were cast in the wrong congressional race at one polling place during early voting, calling the issue a “clerical error” that was corrected for future voters.

Meanwhile, in Benton County, several addresses had received conflicting information from different government sources on which congressional races residents should vote in.

The county of fewer than 16,000 people is split between the 7th and 8th congressional districts.

Benton County elections administrator Jeff Beasley said Monday that he has fixed assignments for a handful of people he said were put into the wrong contest. He said those people he reassigned — there were fewer than 10 — have not voted yet.

A spokesperson for the Tennessee secretary of state’s office, Julia Bruck, said the office last week reached out to Benton County election officials. The local officials talked about their error and their work to correct it, Bruck said.

“Our office has been speaking with other counties and is unaware of any other issues,” Bruck told the AP. “The GoVoteTN app has been updated with the respective information from Benton County.”

The 6th District is the most favorable Nashville seat for Republicans, where GOP U.S. Rep. John Rose of Cookeville is running for another term. Trump topped Biden there by 30 points. Rose faces Democrat Randal Cooper.

Democrat Odessa Kelly and Republican U.S. Rep. Mark Green are contending in the 7th District, which extends through 14 counties. Its voters favored Trump over Biden by 15 percentage points. 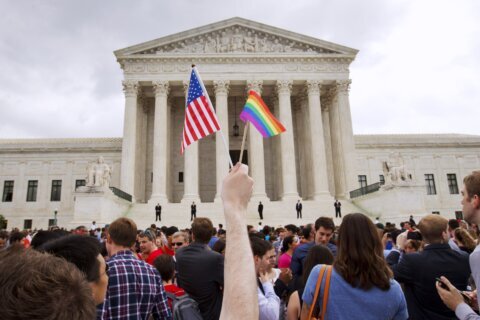