FLINT, Mich. (AP) — A Michigan man used the phone and internet to make violent threats against a California congressman and the head of the FBI, authorities said Tuesday.

Neil Walter of the Flint area was arrested and charged in federal court. No one was harmed.

Walter’s parents told investigators that their son has a history of mental illness and wasn’t getting treatment, FBI agent Sean Thomas said in an affidavit filed to support the charge.

Walter is accused of leaving a Nov. 3 phone message for U.S. Rep. John Garamendi, a California Democrat, saying he was going to die.

On Nov. 19, Walter posted comments on Facebook next to a video of FBI Director Christopher Wray, threatening to kill him, Thomas said.

Walter had a gun in his hand when local police visited his home on Nov. 8, the FBI said.

“Although no direct threats were made towards law enforcement, Walter did claim that he would defend himself against the U.S. government,” Thomas said.

Walter went on a rant about kids being assaulted and a lawsuit involving Russian leader Vladimir Putin, the agent said.

Walter will remain in custody at least until a hearing on Dec. 1. A message seeking comment was left for his attorney. 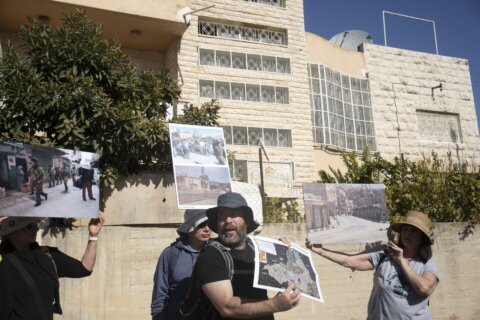