BROOKHAVEN, Miss. (AP) — A father and son have been indicted by a grand jury after allegedly chasing and shooting at a FedEx driver in January after he dropped off a package in a Mississippi city.

Brandon and Gregory Case, who are both white, were re-arrested Friday and indicted for attempted first-degree murder, conspiracy and shooting into the vehicle of D’Monterrio Gibson, who is Black. The charges were upgraded from conspiracy and aggravated assault.

Gibson, 24, was not injured. But the chase and gunfire have sparked social media complaints of racism in Brookhaven, about 55 miles (90 kilometers) south of the state capital, Jackson.

Gibson and his attorney, Carlos Moore, said they pushed prosecutors to secure an indictment for nearly 10 months.

“It was an extremely long process to get this far into the case,” Gibson told WLBT-TV. “I feel like most of the time, I was treated like a suspect rather than a victim.”

Moore compared the incident to the killing of Ahmaud Arbery, a 25-year-old Black man who was running empty-handed through a Georgia subdivision in 2020 when three white strangers chased him down and blasted him with a shotgun.

Moore has called for a federal hate crime probe into the case. A Justice Department spokesperson confirmed to The Associated Press in February that the department received a request to look into the case and was reviewing the request to determine any next steps. The department did not provide an update Tuesday.

Gibson said he was wearing a FedEx uniform and was driving an unmarked van that FedEx had rented when he dropped off a package at a house in Brookhaven on Jan. 24. As he was leaving, he said he noticed a white pickup truck pulling away from another house on the same large lot.

The pickup driver then tried to cut him off as he pulled out of the driveway, he said. Gibson swerved around him and then encountered a second man who had a gun pointed at the van and was motioning for him to stop. Gibson said the man fired as he drove away, damaging the van and packages inside. He said the white pickup chased him to the interstate highway near Brookhaven before ending the pursuit.

Attorneys for Brandon and Gregory Case did not immediately respond to requests for comment.

The Cases were initially arrested in February and released after paying bonds on lesser charges. Lincoln County Sheriff Steve Rushing said bond was set at $500,000 for the upgraded charges, according to the Brookhaven Daily Leader.

Moore doesn’t expect the case to go to trial until May of 2023 at the earliest. 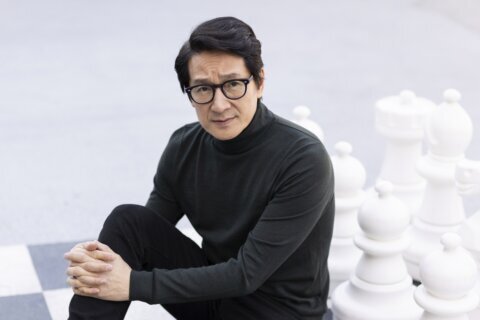