For the fifth time in four years, Israelis went to the polls, and once again, no clear victor immediately emerged.

Exit polls by Israeli media gave former Prime Minister Benjamin Netanyahu and his nationalist and religious allies a slight edge early Wednesday, but the final tally could change as the official count is conducted.

Already, there was talk that a small Arab nationalist party could play spoiler, leaving Netanyahu and his opponents evenly split in Israel’s Knesset, or parliament, and putting the country on track for yet another election early next year.

Meanwhile, a Jewish ultranationalist faction was projected to become the third-largest party in the Knesset. It would gain unprecedented clout in a Netanyahu-led government — but only if one can be formed.

Here’s a look at where the election results stand.

WHAT WERE THE RESULTS OF ISRAEL’S ELECTION?

Official results won’t be published until later this week, but exit polls carried out by Israel’s three main TV channels projected that Netanyahu and his allies will win 61 to 62 seats in the 120-member Knesset, just enough to form a government.

His opponents, an array of parties from across the political spectrum currently led by caretaker Prime Minister Yair Lapid, a political centrist, were projected to win 54 seats.

A small Arab nationalist party, Balad, was reportedly close to the electoral threshold of 3.25% of the vote. If it passes that threshold, it would gain four seats and erase Netanyahu’s edge. If it falls short, those votes would be wasted, strengthening Netanyahu’s camp.

No political party has ever won an outright majority in Israel, so larger parties like Netanyahu’s Likud must assemble majority coalitions with smaller ones, which can involve weeks of negotiations. That process can only really begin once the official results are in.

WHAT WAS THE MAIN ISSUE IN ISRAEL’S ELECTION?

This election, like the previous four going back to 2019, was largely centered on Netanyahu, who is on trial for serious corruption charges and remains a deeply polarizing figure.

Netanyahu was Israel’s longest-serving prime minister, holding the office for 12 straight years — after an initial three-year run in the 1990s — before being ousted by a broad but fragile coalition last year.

His supporters view him as a champion of Israel’s nationalist right and a master statesman who is the victim of a witch hunt by political opponents in Israel’s judiciary, law enforcement and media.

Netanyahu’s critics view him as a crook who threatens Israel’s democratic institutions by placing his legal woes above the national interest.

With the focus on Netanyahu, Israel’s decades-long conflict with the Palestinians has been left on the back burner in recent elections, even as violence has steadily risen and hard-liners on both sides have gained popularity.

WHO ARE THE FAR-RIGHT POLITICIANS GAINING INFLUENCE IN ISRAEL?

The only clear winner from the elections so far is Itamar Ben-Gvir, a far-right politician who has moved from Israel’s ultranationalist fringe to the mainstream as the country has drifted rightwards over the past two decades.

His Religious Zionism faction, formally led by another far-right figure, Bezalal Smotrich, is projected to win 14 to 15 seats and emerge as the third-largest party in the Knesset. If Netanyahu forms a government, Ben-Gvir is expected to request a Cabinet post as the minister in charge of police.

Ben-Gvir is a disciple of Rabbi Meir Kahane, an anti-Arab racist who called for the mass deportation of Palestinians and stripping Arabs of Israeli citizenship. His Kach party was banned in Israel and outlawed as a terrorist organization in the United States, and Kahane was shot dead in 1990.

Ben-Gvir, who was convicted of incitement and supporting terrorism years ago and has represented Jewish extremists facing similar charges, has been careful to publicly distance himself from Kahane’s most extreme beliefs.

But he has still called for the deportation of Arab lawmakers, the death sentence for convicted terrorists and greater immunity for Israeli security forces battling Palestinian militants.

Ben-Gvir also makes frequent, provocative appearances in areas where Israeli-Palestinian tensions are running high, often exacerbating them before TV cameras. Last month he brandished a handgun in a tense Jerusalem neighborhood while shouting at police to fire on Palestinian stone-throwers.

If the exit polls hold and Netanyahu is able to form a government with his natural allies, it would be the most extreme right-wing coalition in Israel’s history.

Any peace negotiations with the Palestinians, which collapsed shortly after Netanyahu last ascended to the premiership in 2009, would be virtually unthinkable. That could heighten tensions with the Biden administration, which supports a two-state solution, as well as Israel’s allies in the U.S., particularly the more liberal Jewish-American community.

A Netanyahu-led government could enact reforms that would make his legal woes disappear, something that critics say would undermine Israel’s democracy and the rule of law.

Netanyahu’s supporters have sought to tamp down such worries, saying any changes to the legal code would not apply in his case and that he can rein in more extreme coalition partners like Ben-Gvir. But that could prove difficult if — as the polls project — Religious Zionism accounts for a quarter of the coalition’s seats in parliament.

If Netanyahu fails to form a government, the country will most likely head to elections again in March, potentially giving him yet another shot at returning to power. 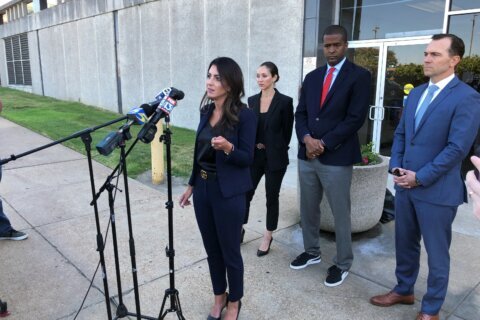