MOREHEAD, Ky. (AP) — Charles Booker’s political stock rose in Democratic circles two years ago as he voiced outrage over the deaths of Black Americans in encounters with police, including in his hometown in Kentucky.

That climb out of obscurity has given the Black former state lawmaker from Louisville a springboard to challenge Republican U.S. Sen. Rand Paul, a nationally known former presidential candidate who is seeking a third term in ruby red Kentucky.

Seeking wider appeal beyond core Democratic voters in a conservative state, Booker has now jumped into the fray on abortion access in the Bluegrass State after the demise of Roe v. Wade. The issue is at the forefront of Kentucky’s Nov. 8 election, when voters will decide whether to amend the state’s constitution to declare outright that it doesn’t protect the right to an abortion. Abortion-rights supporters hope to build a majority coalition against the amendment that includes independents and moderates from both major parties.

In campaigning, Booker is showing the same zeal for abortion rights that he did for social and economic justice issues in 2020, when he barely lost his party’s Senate primary — a surprisingly strong showing and launchpad for securing the Democratic nomination this year.

And he’s using the issue to challenge Paul’s deeply rooted national reputation as a champion of keeping government out of people’s lives, even as the senator has vowed to support legislation toward ending legal abortion.

“I know how deeply personal this is,” said Booker, who was raised in a Pentecostal church, while campaigning in Morehead during a statewide bus tour. “And I’m not here to tell somebody that they’re wrong for their personal belief. That’s not my place. What I am saying … is the government should not be in the business of forcing personal beliefs on others.

“I’m running against someone who calls himself a libertarian,” he added. “It is really just ridiculous.”

Paul takes a staunchly anti-abortion stand, stating life begins at conception and that government has a duty to protect the unborn. He says the U.S. Supreme Court’s overturning of Roe v. Wade in June was a “monumental step,” empowering state legislatures to determine abortion policy.

In Kentucky, abortions are on pause — except to save a pregnant woman’s life or to prevent disabling injury. The near-total ban is being challenged in the state’s Supreme Court.

Booker said Republican lawmakers “overplayed their hand” by putting the measure on the ballot and backs President Joe Biden’s push for legislation to write abortion protections into law.

“I’m asking you, send me to Washington,” Booker said at another recent rally. “Let me be the vote to codify your right to privacy, your ability to make decisions over your body.”

Republicans scoff at Booker’s use of abortion as a rallying cry for his underfunded campaign.

“That’s his strategy? Interesting,” said Kentucky Republican Party spokesman Sean Southard. “I haven’t seen him doing anything in the way of campaign spending. Did he finally decide to run a TV ad?”

Paul has generally overlooked his challenger, at least publicly, but he has tried putting Booker on the defensive on the crime issue — a common GOP campaign theme this fall. Booker hasn’t had the money to mount much of a TV ad campaign. It’s one of many obstacles for Booker in trying to break through in a state that hasn’t elected a Democrat to the Senate since 1992.

Booker is the first Black major party nominee for the U.S. Senate in Kentucky. He campaigns as a political outsider with a message intended for broad appeal.

“Our obstacle is us believing that we can do it,” Booker said. “Sure it can be hard to imagine that something could be different, that things could change. Well, I am not a typical politician and I’m telling you that we are the change.”

Booker’s touting of racial and economic justice themes in 2020 coincided with protests that erupted in Louisville and elsewhere over the deaths of Breonna Taylor in his hometown and other Black Americans elsewhere in encounters with police.

Booker, who grew up poor in a west Louisville neighborhood, supports universal health care through Medicare for All, anti-poverty programs and criminal justice changes. Under the slogan “from the hood to the holler,” he claims a kinship with poor rural whites facing similar economic struggles.

Republicans have portrayed Booker as a “proud socialist” out of step with Kentucky voters. Paul, an ardent free-market advocate, rails against socialism, saying “nothing in life is really free.”

“Expanding Medicare beyond its current mission of seniors 65 and older threatens to speed up Medicare’s insolvency and would hasten the day Medicare no longer has enough money to provide health care for seniors,” said Jake Cox, a spokesman for Paul’s campaign.

Paul rode a 2010 tea party wave to his first Senate election and ran for president in 2016, seeing his effort to grab the outsider’s mantle eclipsed by Donald Trump.

Booker’s supporters at his rally in Morehead, an eastern Kentucky college town, said he offers an inclusive agenda for a state struggling with pockets of deep-rooted poverty.

“It’s clear that he wants to make a difference and help everyone, and that’s not something we’ve seen in the past,” Connie Kibbey said while waiting for Booker’s arrival at a Morehead bookstore.

Ann Colbert, a retired physician from Morehead, said she likes Booker’s stands so much — especially his support for Medicare for All — that she helped circulate Booker yard signs locally.

“I think it’s really the only way to care for people in an equitable manner,” Colbert said. 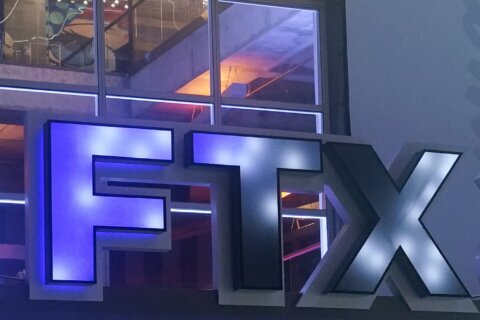