SAN DIEGO (AP) — A San Diego doctor was charged Wednesday with involuntary manslaughter in the death of a 24-year-old female inmate who collapsed in front of a nurse, who was also charged in the case.

Von Lintig, who was on duty in the jail on the day of Serna’s death, could face up to four years in prison if convicted. She could not be reached for comment and it was unclear if she had a lawyer.

The charges against the doctor were brought after the district attorney’s office received additional analysis from experts, including from the Medical Board of California, that shows criminal negligence by the physician contributed to the inmate’s death, the sheriff’s department said. Officials did not elaborate on what that evidence is.

Involuntary manslaughter charges were filed last November against the nurse in Serna’s care after she was accused of walking away from the inmate who collapsed in front of her on a cell floor before she died.

Danalee Pascua also could face up to four years in prison if convicted.

The day before she died, Serna was moved into the jail’s medical observation unit after reporting she felt dizzy and nauseous.

According to prosecutors, Serna passed out in front of Pascua the next day and the nurse did not check her vital signs and instead left her on the floor for about an hour before returning with deputies to begin “futile lifesaving measures.”

The district attorney’s office said the San Diego County Sheriff’s Department alerted prosecutors to the case after conducting its own internal investigation.

Inmate deaths in San Diego County jails have ranked among the highest in California for the past 15 years and according to an independent review released by the state auditor earlier this year, authorities have consistently failed to address the problem.

The report found the San Diego County sheriff’s department failed to adequately assess inmates’ physical and mental health and intervene adequately in emergencies. The department said it has since adopted measures to address the problem but the deaths have continued at a record pace.

Last week the lawyer for a woman who blinded herself in jail while under the influence of drugs as a deputy watched announced that she will receive $4.35 million in a settlement with San Diego County. Tanya Suarez had sued the county alleging jail staff failed to protect her from harming herself after she was arrested in 2019.

For India’s ‘third sex’, acceptance mired in colonial past 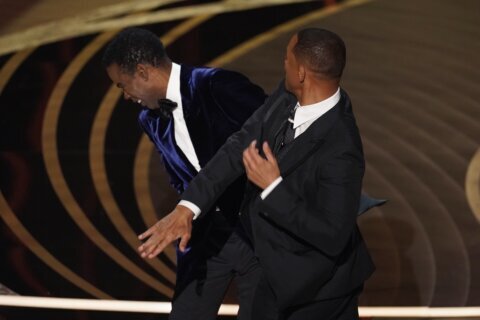 The Year of the Slap: Pop culture moments in 2022