COLUMBIA S.C. (AP) — South Carolina senators again Tuesday rejected a proposal to ban nearly all abortions in the state but left open a small chance that some compromise could be reached in the less than four weeks the General Assembly has left to meet this year.

The stalemate in the Republican-dominated Legislature hasn’t changed over the past month. The Senate voted 26-17 to insist on its bill keeping South Carolina’s current ban on abortions after cardiac activity is present, which is usually around six weeks.

The House in September insisted on its own version of a full ban on abortions with exceptions only for pregnancies caused by rape or incest, or if the life of the mother was threatened.

Again, lawmakers didn’t slam the door shut Tuesday on changing abortion laws in a special session called after the U.S. Supreme Court overturned Roe v. Wade and allowed states to pass whatever they wish about abortion. A conference committee of three House members and three senators has been appointed to work out differences with the bill.

But the gap is quite wide, Republican Senate leaders insist they can’t get a few more moderate conservatives to approve a full ban like the House proposed. The group would have to meet, reach a deal and have it approved by both the full House and Senate by Nov. 13, when this year’s General Assembly’s term ends by law.

“Obviously it is a stiff challenge. The clock is ticking,” said Republican state Sen. Richard Cash, a staunch abortion opponent and a member of the conference committee of four Republicans and two Democrats.

South Carolina’s current abortion ban at about six weeks isn’t being enforced at the moment after the state Supreme Court suspended it. The justices will hear arguments Wednesday on whether that law violates a right to privacy in the state constitution.

Senate Republicans said their version of the abortion bill solves the possible right to privacy argument. It also cuts the time that victims of rape and incest who become pregnant can seek an abortion from 20 weeks to about 12 weeks and requires that DNA from the aborted fetus be collected for police.

Democrats have largely stayed quiet during the debate, letting the Republicans fight among themselves and pulling in more moderate senators. They said people who support women’s rights were going to lose no matter what happened because the state’s abortion rules are so restrictive. They encouraged voting for Democrats for governor and other positions in November.

For decades, South Carolina’s Legislature voted at the forefront of more restrictive abortion laws that challenged Roe v. Wade. The state led the way in the U.S. by requiring ultrasounds, parental consent and 24-hour waiting periods — and a ban on abortions at 20 weeks into a pregnancy that is right now the law.

But when faced with the real-world consequences of bans that have played out in the other states after the U.S. Supreme Court rulings, some Republicans in South Carolina paused at the brink.

Republican Sen. Katrina Shealy is the fiercest advocate for children in need in the Senate and unabashedly calls herself pro-life. But she couldn’t support a total ban. She said exceptions are needed and adds time is needed to see what the roughly six-week ban does to the state’s social services and health networks.

Twenty-four of the 46 senators voted last month for an amendment that would have passed a similar version of the total ban approved by the House. But supporters didn’t have enough votes to overcome a threatened filibuster, and the ban didn’t pass the Senate.

“Once the Supreme Court said here, y’all can now make the law, some people who maybe voted more strongly pro-life in the past all of the sudden weren’t so interested in voting that strongly,” Cash said.

One thing all Republican senators agreed on Tuesday is the debate isn’t over, even if they never meet again in 2022. Some Republicans want the state to declare an embryo is a person at the moment of conception, which would change a host of laws from tax policy to child support.

“Even if we work something out, we’ll be back at it next year,” Shealy said. 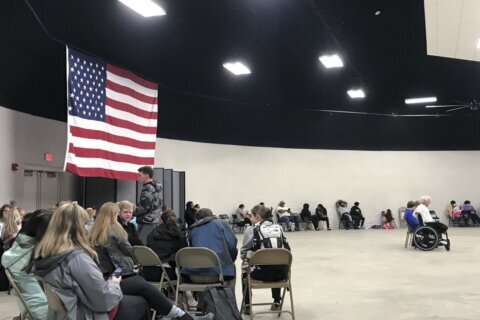