Las Vegas stabbing suspect said he ‘let the anger out’

An attacker with a large kitchen knife killed two people and wounded six others in stabbings along the Las Vegas Strip before he was arrested Thursday, police said.
Listen now to WTOP News WTOP.com | Alexa | Google Home | WTOP App | 103.5 FM

LAS VEGAS (AP) — A man who allegedly stabbed eight people on the Las Vegas strip, killing two, said some had laughed at him and he “let the anger out,” according to an arrest report released Friday.

Yoni Barrios, 32, also told one victim “sorry, man” before stabbing him in the back and also said that he hoped police would shoot him, the report said.

He was covered in blood when he was arrested after a brief chase Thursday, authorities said. They seized a large, long-bladed knife.

It wasn’t immediately known whether Barrios had a lawyer who could comment on his behalf. The Clark County Public Defender’s office was closed Friday.

He said his office would give serious consideration to pursuing the death penalty but it was too early to make that decision.

Wearing a dark blue jumpsuit and orange hand restraints for his first court appearance Friday, Barrios was ordered held without bail. An initial arraignment was scheduled for Tuesday.

The coroner’s office identified those killed as Las Vegas residents Brent Allan Hallett, 47, and Maris Mareen DiGiovanni, 30. Hallett was stabbed in the back and DiGiovanni died from a chest wound, authorities said.

DiGiovanni was part of the Best Showgirls In Vegas modeling and talent agency, according to Cheryl Lowthorp, who runs the business. She said two others with the agency were among the wounded and a third escaped without injury.

DiGiovanni was “the life of any gathering,” her family said in a statement to The Associated Press.

“Maris always saw the best in people, always gave them a chance, and always accepted people for who they were,” it said. “… She was a beautiful spirit and soul, and we’ll miss her for the rest of our lives.”

According to the Facebook page of her brother, Gage DiGiovanni, his sister grew up in Spokane, Washington. She and her husband, Cole Jordan, had traveled the world, visiting dozens of countries in Europe and Asia, and lived in Hong Kong before moving to Las Vegas because they liked concerts and festivals.

DiGiovanni, who went by her husband’s last name on her own Facebook page, was with three other women on a pedestrian bridge over Las Vegas Boulevard. All were street performers dressed as showgirls who accept money to have their photographs taken with tourists.

Barrios, who told police he had arrived in Las Vegas two days earlier, asked to take a photo with them, according to the arrest report.

He was wearing a chef’s long-sleeved white jacket, said he was a chef, and removed a black carbon knife from a suitcase, according to the report.

Some performers said he made them feel uncomfortable and one backed away. One woman said he stabbed her in the back, then stabbed DiGiovanni, according to the report.

“Barrios thought the women were laughing at him and making fun of his clothing,” the arrest report stated.

“Barrios started running and looking for groups of people so he could ‘let the anger out,’” it added.

He was captured within minutes by security guards and police. Police seized a 12-inch (30-centimeter) knife that had been thrown into some bushes.

Barrios had an address in Los Angeles, told police that he came to Las Vegas to move in with a friend who then refused to let him stay at the house, so he packed his things and took a bus to the Las Vegas Strip, according to the arrest report.

“Barrios stated that on the bus ride to the strip people were making fun of him and he wasn’t being treated like a human being,” the report said.

Barrios then went to the Wynn Las Vegas casino and asked a janitor about jobs and told a security guard he was trying to sell his knives to raise money so he could go home to Guatemala but the guard told him to “jump in front of a train,” the report said.

He then went onto the overcrossing where he encountered the showgirls.

Barrios told police following his arrest that he was hoping officers would shoot him, the arrest report said.

It wasn’t immediately clear whether he was in the country illegally.

Two of the surviving victims went to Sunrise Hospital Trauma Center. One was in good condition and another in fair condition Friday, said Marissa Mussi, a hospital spokeswoman.

Four went to University Medical Center, where one was in critical condition, another was in fair condition and two had been released.

Lowthorp said one showgirl was among those released from the hospital.

In her 12 years operating the agency, she said the models have pretty much gone day to day “without incident.” Best Showgirls In Vegas provides models and showgirls for various promotional events from restaurant openings to airport greetings.

Digiovanni took to being a showgirl when she started with them two years ago.

“She loved it. She left teaching for it,” Lowthorp said. “This is a great job. They set all their own schedules. The girls get to be their own boss … This man may have very well taken all that away from them.” 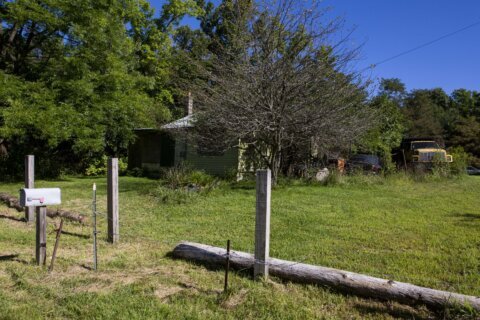