Holidays: Where to see holiday lights | Santa's back with inflation, inclusion on his mind | 4 ways to limit your holiday debt | Inflation 'definitely a guest' at holiday celebrations this year
Home » National News » Once key, US newspaper…

Once key, US newspaper editorial endorsements fade away

NEW YORK (AP) — Newspaper endorsements are fading away as prizes to be nabbed by political campaigns, the practice a victim of both the news industry’s troubles and the era’s bitter politics.

Earlier this month, newspapers controlled by Alden Global Capital said they would no longer endorse candidates for president, governor and the U.S. Senate. The newspapers in the hedge fund’s portfolio include dozens of dailies like the Chicago Tribune, New York Daily News, Boston Herald, Orlando Sentinel and San Jose Mercury News.

They’re not alone. The days when a prominent endorsement would quickly make it way into a campaign ad or voters would clip out an editorial to take into the voting booth seem destined for history.

“I do think you can make the argument in many cases that they’ve outlived their usefulness because of the increased polarization and the skepticism of media in general,” said Carol Hunter, executive editor of the Des Moines Register. “I don’t think that’s a healthy trend. But I think that’s reality.”

For all the effort that news organizations have made in crafting compelling endorsements, there have always been questions about whether those arguments have much influence, particularly in high-profile races.

At no time was that more evident than 2016, when 57 of the biggest newspapers endorsed Hillary Clinton and two picked Donald Trump, according to the American Presidency Project at the University of California, Santa Barbara. “None of the above,” with five, did better than the eventual president.

At a time when newspapers are scratching for readers, executives wonder whether they should bother.

“Picking a candidate in this environment may alienate more readers than it persuades,” the New York Daily News wrote in announcing the new policy, which means the tabloid will sit out the governor’s race between Democrat Kathy Hochul and Republican Lee Zeldin.

Of the country’s 100 biggest newspapers by circulation, 92 endorsed a presidential candidate in 2008. By 2020, only 54 made a choice, according to UCSB. There’s no such reliable accounting in smaller races. But given that there are 2,500 fewer newspapers in the U.S. than there were in 2005, it stands to reason there are a lot fewer endorsements.

That absence “is yet another loss for grassroots democracy,” said Penelope Muse Abernathy, a Northwestern University professor who catalogs the decline in local news.

At a time of unpopularity for the press, many people don’t like being told what to do, said Poynter Institute media business analyst Rick Edmonds.

For the newspapers, “there’s a little bit of ‘don’t rock the boat’ there,” Edmonds said. “There are ways to be respectful in a formal editorial. Make a point, but not in a condescending or dismissive way.”

In an internal memo earlier this year, leaders of the Gannett newspaper chain noted that editorials were frequently cited as a reason people canceled subscriptions. Surveys said opinion pages were among their least-read content, and tied to problems in credibility and trust.

Some readers have difficulty distinguishing between news and opinion, or flat-out don’t believe that a paper’s editorial stance doesn’t affect its news coverage, said Hunter, whose Iowa newspaper is owned by Gannett.

Gannett didn’t ban political endorsements, but strongly advised its more than 220 newspapers to cut back on national opinion and focus on local issues. The Des Moines Register’s opinion pages, for example, now run twice a week. The Register is being selective in its choices this fall, weighing in on the Iowa governor’s race and a referendum on guns. But the state’s top newspaper won’t endorse in federal races, including U.S. Sen. Chuck Grassley’s bid for an eighth term.

One of its newspapers, the Charlotte Observer, said it would make endorsements in “competitive and notable” races where it could conduct extensive research and interviews, North Carolina Opinion Editor Peter St. Onge wrote in a column.

Many news organizations simply have fewer people to do the work. Sixty percent of journalists working at newspapers in the United States have lost jobs since 2005, Abernathy said.

Staffing is indeed an issue at the Register, Hunter said. The newspaper is unable to cover the state’s federal delegation the way it used to, and wants to devote resources to local news, she said.

Many politicians view the dwindling state of endorsements with a collective shrug. News organizations were once seen as objective, but Republican consultant Alex Conant said many voters his candidates are trying to reach consider newspapers as partisan as politicians.

“Editorial boards used to be an important validator,” Conant said. “But they’re not that important any more.”

When he was running Marco Rubio’s presidential campaign in 2016, Conant encouraged his client to meet with the editorial board at the Register, the dominant newspaper in the crucial early caucus state of Iowa.

If Rubio were running for president now, Conant said, he wouldn’t bother with it.

Hunter said it hasn’t been decided whether the Register would endorse anyone running for president in the 2024 caucuses. A lot will depend on access to the candidates, she said.

In the book “News Hole,” University of Virginia professor Jennifer Lawless and George Washington University’s Daniel Hayes show how congressional candidates are getting much less news coverage than they used to.

That’s also the case for many elections further down the ballot, for local judge or school board, where endorsements had been one of the few places to learn about candidates. In many cases, these races are now nationalized: Voters are left to evaluate candidates as extensions of national parties instead of as neighbors, Abernathy said.

Advertisements — often filled with disinformation — become the primary source of information, she said. By contrast, American Presidency Project co-director John Woolley said, newspaper endorsements “are a good thing in that they model how to think, and clarify to people what the big issues are.”

“I still think that’s the case,” he said, “and I don’t think we can get too much of that in our lives.” 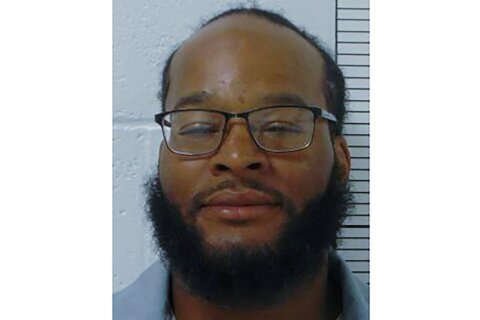 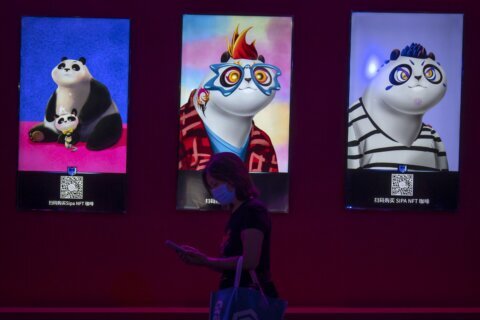