Holidays: 'Enchant' shines with millions of lights in Nats Park | Where to see holiday lights | Send in photos of decorations | How to give greener this season
Home » National News » Floridians endure slow wait…

Floridians endure slow wait for power knocked out by Ian

Nearly a week after Hurricane Ian smashed into Florida and carved a path of destruction that reached into the Carolinas, more than half a million statewide residents faced another day without electricity Tuesday as rescuers continued their search for those trapped inside homes inundated with lingering floodwaters.
Listen now to WTOP News WTOP.com | Alexa | Google Home | WTOP App | 103.5 FM
(1/23) 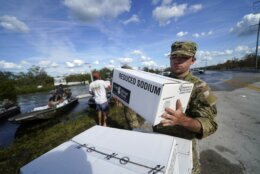 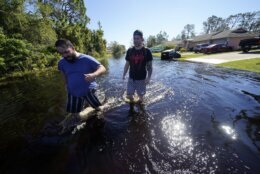 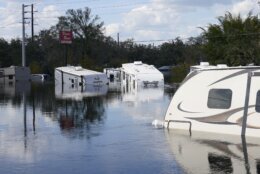 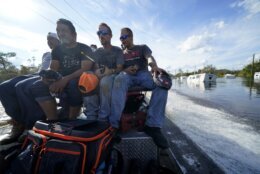 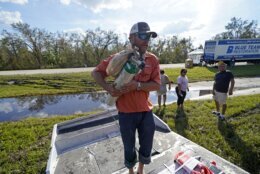 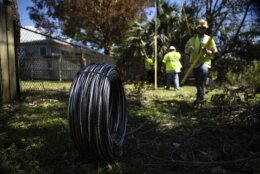 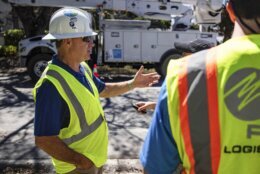 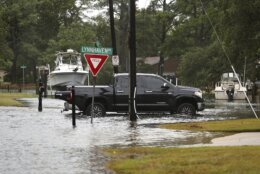 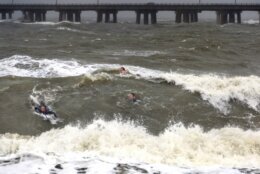 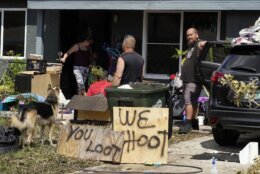 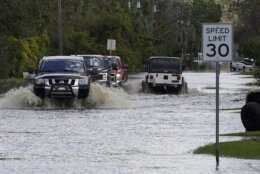 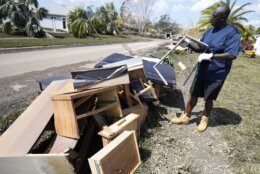 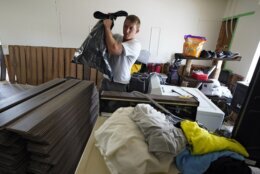 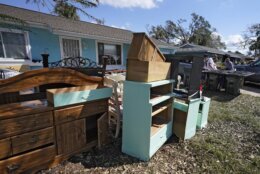 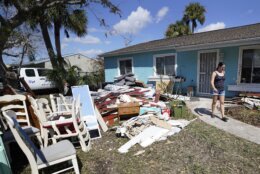 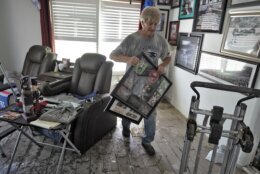 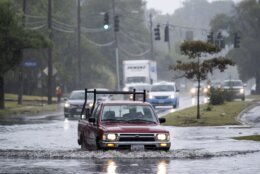 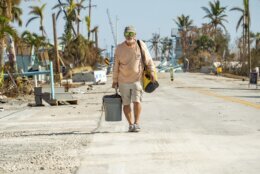 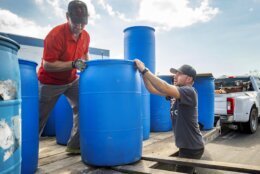 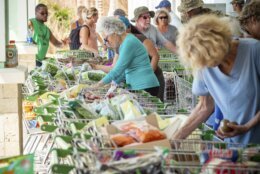 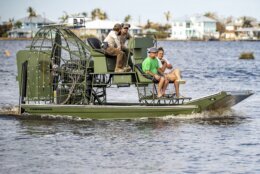 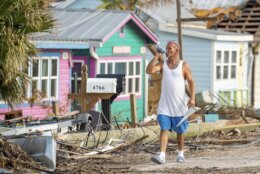 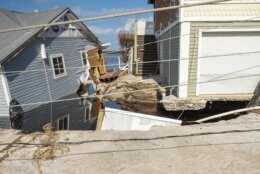 BONITA SPRINGS, Fla. (AP) — Hurricane Ian may be long gone from Florida, but workers on the ground were pushing ahead Tuesday to restore power and search for anyone still trapped inside flooded or damaged homes.

The number of storm-related deaths has risen to at least 84 in recent days, both because of the dangers posed by cleaning up and as search and rescue crews comb through the hardest-hit areas. Officials said that as of Monday, more than 2,350 people had been rescued throughout the state.

At least 75 people were killed in Florida, five in North Carolina, three in Cuba and one in Virginia since Ian made landfall on the Caribbean island on Sept. 27, a day before it reached Florida’s Gulf Coast. After churning northeastward into the Atlantic, the hurricane made another landfall in South Carolina before pushing into the mid-Atlantic states.

There have been deaths in vehicle wrecks, drownings and accidents. A man drowned after becoming trapped under a vehicle. Another got trapped trying to climb through a window. And a woman died when a gust of wind knocked her off her porch while she was smoking a cigarette as the storm approached, authorities said.

In hardest-hit Lee County, Florida, all 45 people killed by the hurricane were over age 50.

As floodwaters begin to recede, power restoration has become job one.

In Naples, Kelly Sedgwick was just seeing news footage Monday of the devastation. Her electricity was restored four days after the hurricane slammed into her community of roughly 22,000 people. She praised the crews for their hard work: “They’ve done a remarkable job.”

A few miles north along the coast in Bonita Springs, Catalina Mejilla’s family wasn’t as lucky. She was still using a borrowed generator to try to keep her kids and their grandfather cool as temperatures in the typically humid area reached the upper 80s (about 30 degrees Celsius).

“The heat is unbearable,” Mejilla said. “When there’s no power … we can’t make food, we don’t have gas.” Her mother has trouble breathing and needed to go to a friend’s house with electricity.

Ian knocked out power to 2.6 million customers across Florida after it roared ashore with 150 mph (241 kph) winds and a powerful storm surge. State officials said they expect power to be restored by Sunday to customers whose power lines and other electric infrastructure is still intact.

About 400,000 homes and businesses in Florida were still without power Tuesday.

Eric Silagy, Chairman and CEO of Florida Power & Light — the largest power provider in the state — said he understands the frustration and that 21,000 utility workers from 30 states are working as hard as they can to restore power as quickly as possible. The utility expects to have power restored to 95% of its service areas by the end of the day Friday, he said.

The remaining 5% are mostly special situations where it’s difficult to restore electricity, such as the home being so damaged it can’t receive power or the area still being flooded. Those outages don’t include customers whose homes or businesses were destroyed.

Another major electricity provider in the hard-hit coastal region, Lee County Electric Cooperative, said Monday that it expects to hit the 95% mark by the end of Saturday. That figure doesn’t include barrier islands such as Sanibel that are in its service area.

Power restoration is always a key challenge after major hurricanes, when high winds and flying debris can topple power lines or major parts of the electricity infrastructure.

Silagy said the utility has invested $4 billion over the last 10 years to harden its infrastructure, doing things like burying more power lines, noting that 40% of its distribution system is now underground. The utility is also using more technology such as drones that can stay aloft for hours to get a better picture of damage, and sensors at substations that alert the utility to flooding so it can shut off parts of the system before the water arrives.

Silagy said he saw during Ian where those investments paid off. Concrete utility poles remained standing at Fort Myers Beach, where many homes and businesses were wiped away. The company also didn’t lose a single transmission structure in the 8,000 miles (12,875 kilometers) it covers in Florida.

Elsewhere, the hurricane’s remnants, now a nor’easter, were not done with the United States. Heavy rain fell Tuesday from Philadelphia to Boston, although not enough to cause flooding. The storm’s onshore winds are causing some minor ocean flooding at high tide from the North Carolina Outer Banks to Long Island, New York.

“If people had not heeded warnings, I think it could have been a lot worse,” North Carolina Gov. Roy Cooper said Tuesday as he reviewed how his state dealt with the storm.

President Joe Biden and first lady Jill Biden plan to visit Florida on Wednesday. The president was in Puerto Rico on Monday, promising to “rebuild it all” after Hurricane Fiona knocked out all power to the island two weeks ago.

Meanwhile, in Florida neighborhoods still without power, many residents have been sharing generators to keep things like refrigerators cool, and using outdoor grills to cook.

In Bonita Springs, Paula Arbuckle was sitting outside her one-story home while the sound of the generator under her carport roared. She bought a generator after Hurricane Irma left her neighborhood without power in 2017. She hadn’t used it since, but after Ian took out the lights, she’s been sharing it with her next-door neighbor. Arbuckle said it’s difficult being without power.

“But I’m not the only one,” she said. Gesturing to her neighbor’s house she said: “I have a generator. They have a little baby over there. So we’re sharing the generator between the two homes.”

This story has been updated to correct the year of Hurricane Irma to 2017, not 2018.