Holidays: Where to see holiday lights | Santa's back with inflation, inclusion on his mind | 4 ways to limit your holiday debt | Inflation 'definitely a guest' at holiday celebrations this year
Home » National News » Florida shrimpers race to…

Florida shrimpers race to get battered fleet back to sea

The seafood industry in southwest Florida is racing against time and the elements to save what’s left of a major shrimping fleet — and a lifestyle — that was battered by Hurricane Ian.
Listen now to WTOP News WTOP.com | Alexa | Google Home | WTOP App | 103.5 FM
(1/20) 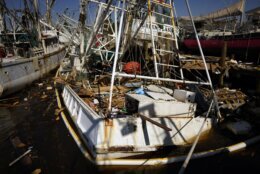 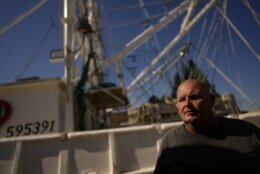 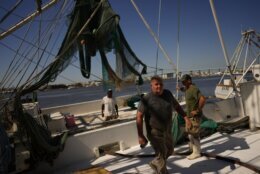 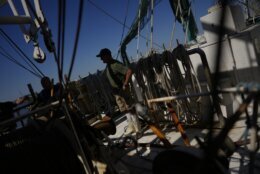 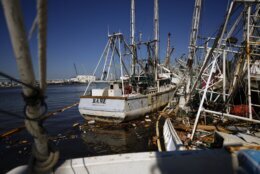 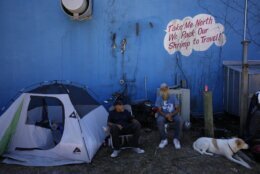 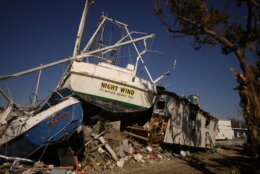 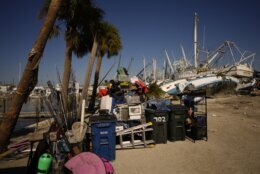 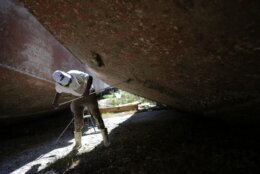 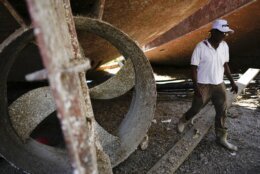 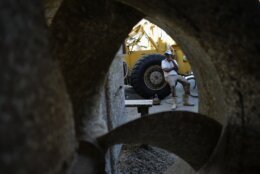 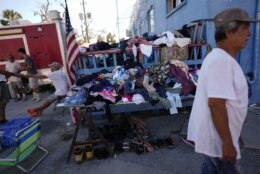 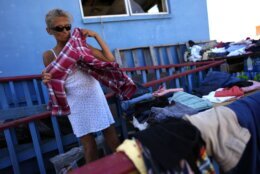 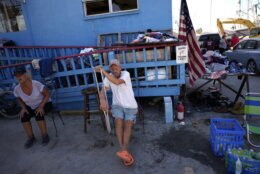 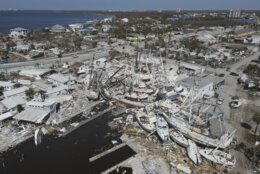 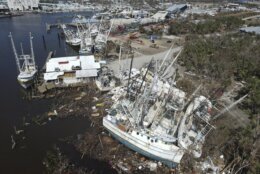 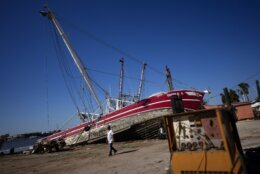 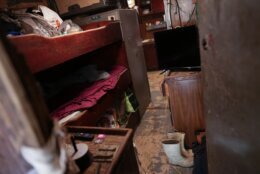 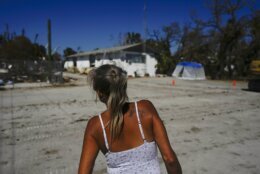 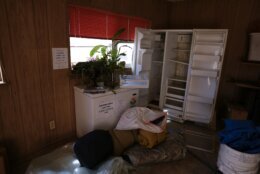 FORT MYERS BEACH, Fla. (AP) — The seafood industry in southwest Florida is racing against time and the elements to save what’s left of a major shrimping fleet — and a lifestyle — that was battered by Hurricane Ian.

The storm’s ferocious wind and powerful surge hurled a couple dozen shrimp boats atop wharves and homes along the harbor on Estero Island. Jesse Clapham, who oversees a dozen trawlers for a large seafood company at Fort Myers Beach, is trying to get boats back to sea as quickly as possible — before their engines, winches and pulleys seize up from being out of the water.

One of two shrimpers that didn’t sink or get tossed onto land went out Sunday, but the victory was small compared with the task ahead.

“There’s 300 people who work for us and all of them are out of a job right now. I’m sure they’d rather just mow all this stuff down and build a giant condo here, but we’re not going to give up,” said Clapham, who manages the fishing fleet at Erickson and Jensen Seafood, which he said handles $10 million in shrimp annually.

The company’s fractured wharves, flooded office and processing house are located on Main Street beside another large seafood company, Trico Shrimp Co. There, a crane lifted the outrigger of grounded shrimper Aces & Eights — the first step toward getting it back in the water. Across the yard, the massive Kayden Nicole and Renee Lynn sat side-by-side in the parking lot, stern to bow.

Shrimping is the largest piece of Florida’s seafood industry, with a value of almost $52 million in 2016, state statistics show. Gulf of Mexico shrimp from Fort Myers has been shipped all over the United States for generations.

Now, it’s a matter of when the fishing can resume and whether there will still be experienced crews to operate the boats when that happens.

Deckhand Michele Bryant didn’t just lose a job when the boat where she works was grounded, she lost her home. Shrimping crews are at sea for as long as two months at a time, she said, so members often don’t have homes on land.

Richard Brown’s situation is just as precarious. A citizen of Guyana who was working on a boat out of Miami when Ian hit southwest Florida, Brown rode out the storm on one of four boats that were lashed together along a harbor seawall.

“We tried to fight the storm. The lines were bursting. We kept replacing them but when the wind turned everybody was on land,” he said.

There’s no way to catch shrimp on a boat surrounded by dirt, so Brown is staying busy scraping barnacles off the hull of the Gulf Star. “It’s like it’s on dry dock,” he said — but he’s no more sure what to do now than at the height of the storm.

“It was terrifying – the worst experience,” said Brown, who is more than 2,160 miles (3,480 kilometers) from his home in South America. “I was just thinking, ‘You could abandon the ship.’ But where are you going?”

Seafood fleets along the Gulf Coast are used to getting wiped out by hurricanes. Katrina pummeled the industry from Louisiana to Alabama in 2005, and the seafood business in southern Louisiana is still recovering from Hurricane Ida’s punch last year. But this part of Florida hasn’t seen a storm like Ian in a century, leaving people to wonder what happens next.

Dale Kalliainen and his brother followed their father into the shrimping business and owns the trawler Night Wind, which landed amid a mobile home park near a bridge. He said high fuel prices and low-cost imported seafood took a bite out of the industry long before Ian did its worst.

“There used to be 300 boats in this harbor and now there’s maybe 50,” he said. “It’s going to be probably years before this business is even close to being back to what it was.”

Clapham, the 47-year-old fleet manager, has spent his entire life on shrimp boats. The industry already operates on a thin margin and needs help recovering from Ian, he said.