YORK, Pa. (AP) — Prosecutors have dropped plans to seek the death penalty against a man accused of killing a man and wounding a woman when he opened fire inside a movie theater in Pennsylvania almost three years ago.

York County prosecutors told the court they planned to pursue capital punishment if he was convicted of first-degree murder. Two years ago, a judge declined to bar them from doing so, rejecting defense arguments alleging a lack of evidence and citing the defendant’s age.

The York Dispatch, however, reports that the district attorney’s office asked last week to withdraw its intent to seek the death penalty, citing a mitigation report submitted by the defense as well as “relevant case law and applicable jury instructions.”

Defense attorney Jonathan White hailed the decision, saying he had “hoped and believed” prosecutors would drop plans to seek capital punishment. “I believe they made the right decision,” he said while declining to talk about the contents of the mitigation report.

Witnesses to the shooting told investigators that White had briefly spoken with Johnson and another man as he headed to his seat, but Johnson later approached the seated victim and opened fire, authorities said. Police said the victim was hit five times.

Authorities allege that the shooter continued to fire as he ran for the exit with his companion. Two bullets struck a woman seated in a row in front of the shooting victim, one injuring her shoulder and the other grazing her cheek, police said. Several other people were later charged with hindering apprehension and other counts in the case.

No trial date for Johnson has been set. White said he believed the case could go before a jury by March.

Power outages could last days after shootings at substations 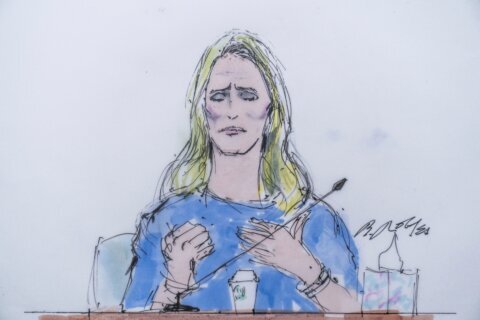