The ACLU’s Nevada chapter filed a lawsuit Tuesday against a rural Nevada county and its interim clerk to stop the implementation of the county's new hand-counting process, which was spurred by false claims of election fraud.
Listen now to WTOP News WTOP.com | Alexa | Google Home | WTOP App | 103.5 FM

RENO, Nev. (AP) — The ACLU’s Nevada chapter filed a lawsuit Tuesday against a rural Nevada county and its interim clerk in an attempt to stop the implementation of the county’s new hand-counting process, which was spurred by false claims of election fraud. The process entails hand-counting all paper ballots alongside a machine tabulator.

The lawsuit cites three main violations of the Nevada Constitution, state or federal law in its claims.

The county plans to start hand-counting its mail-in ballots two weeks before Election Day, a process that the ACLU said risks the public release of early voting results. The verbal announcement of each ballot’s results from hand-count teams will result in the release of election results and information, which the ACLU alleges violates state statute. The group also says Nevada law criminalizes the release of early voting information, potentially putting the hand-count tally team members at risk of a misdemeanor.

While Nye County will use touch screens to comply with the Americans with Disabilities Act, the lawsuit contends that this would “impermissibly” permit election workers to ask about a voter’s disability or turn away otherwise eligible voters based on “arbitrary decision making,” which would violate the Help Americans Vote Act.

The hand-count plan also uses “stringent signature verification,” which allows the clerk to require an ID card if a voter’s signature fails, which the ACLU says would violate state law. Normally, county clerks are required to contact the voter to ask them to confirm whether the signature used for the mail-in ballot belongs to the voter. Nye County’s in-person paper ballots mirror mail-in ballots.

Voting experts have said the public and vocal nature of the early hand-count raises the possibility that someone keeping score could leak early results before most voters have even cast their ballot, which could affect turnout.

Nye County’s hand-count is now secondary to the machine-counting of hand ballots. It was originally going to be the main vote-counting method but was adjusted, which allowed it to avoid state regulations.

Mark Kampf, the Nye County clerk, said at a recent county commission meeting that the Dominion voting machines are a “stop-gap” measure while the county decides how to handle tallies for future elections, potentially without machines at all.

Kampf did not immediately respond to a request for comment Tuesday. In a brief interview Monday, he said he did not share the same concerns as the voting groups about the release of partial results.

“They’re only going to get a small piece of the result,” he said. “And so no one sees the total result in any place.” He added that they were “just a group of ballots that are disassociated from all the other ballots.”

When discussing the touch-screen voting options at a recent board of commissioners meeting, Kampf said “we will not deny anybody that feels that they need that special assistance.”

Nevada is one of 10 states that allow local election offices to begin tabulating ballots before Election Day, but the machines that typically do that are programmed not to release results.

Under Nye County’s plan, hand-count teams of five will include a reader who announces each result, a verifier who looks over the reader’s shoulder and three talliers who write down the results. The talliers then compare their results before submitting them. They count ballots in batches of 50 in a public area. 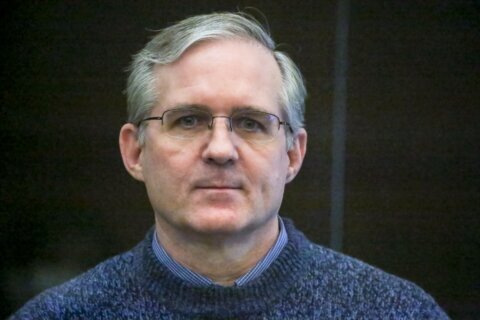