TORONTO (AP) — When a young, bespectacled Al Yankovic picked up an accordion, few — especially Al, himself — would have predicted the long-running show-business career that would follow. But can you imagine if they did? That every step of Yankovic’s way — the first Hawaiian shirt, the epiphany of riffing on “My Sharona” as “My Bologna” — carried the same portentous sense of fate that rings through most music biopics?

It’s a funny enough idea that shortly before the raucous midnight Toronto International Film Festival premiere of “Weird: The Al Yankovic Story” — a nutty, authorized biopic that takes that concept and has as much fun with it as possible — Yankovic was still riffing. He was sitting alongside Daniel Radcliffe, who enthusiastically plays Yankovic in the movie, at a Toronto bar stocked with on-theme cocktails like “Just Drink It.”

Like, what if, Yankovic imagines, “Weird” had that much-memed moment in Baz Luhrmann’s “Elvis” where Tom Hanks’ Tom Parker hears Presley on the radio for the first time, dramatically swings around and exclaims “He’s white?!” — only it’s Weird Al he hears and instead responds, “He’s weird?!”

“Weird: The Al Yankovic Story,” written by Yankovic with director Eric Appel, does to Yankovic’s career pretty much what the 62-year-old comedian has been doing to pop songs for the last four decades. It distorts it through a funhouse mirror, turning Yankovic’s life into something that at its most absurd heights becomes its own parallel reality.

“I never would have believed this would happen early in my life, and maybe even a year ago,” says Yankovic. “That’s one of the reasons why the movie is funny because it shouldn’t exist. There are detractors that are saying: ‘Why is Weird Al getting a biopic when there are a thousand names that should have gotten one before him?’ Well, that’s kind of the point. It’s not that I deserve it. The fact that I don’t deserve it is why this exists.”

Some, including Radcliffe, would quibble with that. Yankovic long ago outlasted many of the musicians he’s parodied. He’s one of only five music acts to have a Top 40 hit in each of the last four decades. That ranks him among the likes of Madonna and Michael Jackson, who have, of course, each received the Weird Al treatment (“Like a Surgeon,” “Eat It”). The New York Times has called Yankovic “a completely ridiculous national treasure.”

“I can’t explain it,” shrugs Yankovic. “I guess it’s just sheer tenacity because I should have gone away decades ago.”

“Weird: The Al Yankovic Story,” which will be released Nov. 4 on Roku, is itself an unlikely movie that began as a gag. About a decade ago, Appel and Yankovic made a faux-trailer for a Yankovic biopic for Funny or Die. Yankovic would play it at his concerts and bat away questions from fans about when the movie would actually be released. But a string of music biopics — many of which played so elastically with the truth that Yankovic sensed they were ripe for parody — made the premise even more appealing. Appel and Yankovic worked on a script and reached out to Radcliffe.

“My first reaction on hearing the idea of me as Al was, ‘Wait, what?’” says Radcliffe. “As soon as I started reading it, I was like, ’Oh, there’s nothing else that Al’s biopic could have been but something that is inherently a parody of all musical biopics.”

There are a few bits of autobiographic truth in “Weird,” but the movie quickly, as Radcliffe says, “goes off the rails,” wildly overinflating Yankovic’s trajectory and many of his encounters. Madonna (played by Evan Rachel Wood), desperate for the honor of a Yankovic parody, initiates a love affair with him, for instance.

“The amount of people that have asked me about you and Madonna,” sighs Radcliffe.

Yankovic notes that a door-to-door accordion salesman really did come to his family’s house, as one does in the film. It’s less true that Yankovic’s father abhorred the instrument as “the devil’s squeezebox” and violently pummeled the salesman.

“That scene goes on for so long,” Radcliffe says, shaking his head.

For the 33-year-old Radcliffe, the movie is in line with other eccentric, experimental films like 2016’s “Swiss Army Man” that he’s been drawn to since playing Harry Potter. A self-described Yankovic fan who listens to his polkas while working out, Radcliffe and Yankovic found themselves in many ways simpatico.

“At some points in my life, I thought I needed to be stoic as an actor and stoic as a movie star,” says Radcliffe. “The success I’ve had since ‘Potter’ has been about whatever is weird about me, leaning into that. That’s the asset, actually, not to be avoided. And Al is like the model for that.”

Radcliffe describes the rapid 18-day shoot of “Weird” as “truly one of the best experiences I’ve ever had on a set.” Ahead of production, he dove into learning the accordion.

“Nobody asked me to, by the way. It was entirely self-inflicted,” says Radcliffe. “I mean, if you’re playing Al, what else am I doing? You’ve got to make an honest attempt.”

“I can’t tell you what a joy it was to wake up in the morning and get video of Dan playing ‘My Bologna’ on the accordion,” Yankovic says, earnestly.

“My most common note was ‘Please pump more,’” adds Radcliffe.

Yankovic was in Toronto for only the evening with Colorado concerts the night before and the night after the premiere. He’s currently on “The Unfortunate Return of the Ridiculously Self-Indulgent Ill-Advised Vanity Tour” which concludes this fall at Carnegie Hall. At his concerts, he now sees fans of his from the 1980s with their kids — “and in some cases, their grandkids – which is a little scary.”

The continued affection people have for Weird Al — a performer who represents roughly the diametric opposite of an image-conscious, out-of-reach pop star — seems to somehow still be expanding. At the “Weird” premiere in Toronto, Hawaiian shirts and curly wigs were out in force. On the last day of shooting, Radcliffe says, the whole cast and crew dressed up as Yankovic.

“My nickname ‘Weird Al’ has been empowering for a lot of people,” he says. “When I took on that name professionally it was a college DJ in the ’70s. It wasn’t calculated, obviously. I wasn’t thinking that I was going to be, like, a role model decades later. But a lot of people that feel like outcasts or freaks or outsiders or didn’t belong in some way would sometimes look to me and go, ‘Here’s a guy that’s owning his weirdness, and he’s comfortable with it.’” 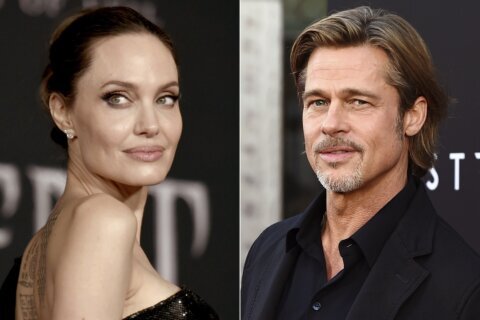 Lawyer: Pitt will keep responses to abuse account in court