Many U.S. states barely use laws they have on the books that give them the power to take guns away…
Listen now to WTOP News WTOP.com | Alexa | Google Home | WTOP App | 103.5 FM

Many U.S. states barely use laws they have on the books that give them the power to take guns away from people threatening to kill, an Associated Press analysis found, a trend blamed on a lack of awareness of the laws and resistance by some police to enforce them even as shootings and gun deaths soar.

AP found the so-called red flag laws in 19 states and the District of Columbia were used to remove firearms from people 15,049 times since 2020, fewer than 10 per 100,000 adult residents. Experts called that woefully low and not nearly enough to make a dent in gun violence, considering the millions of firearms in circulation and countless potential warning signs law enforcement officers encounter from gun owners every day.

“It’s too small a pebble to make a ripple,” Duke University sociologist Jeffrey Swanson, who has studied red flag gun surrender orders across the nation, said of the AP tally. “It’s as if the law doesn’t exist.”

“The number of people we are catching with red flags is likely infinitesimal,” added Indiana University law professor Jody Madeira, who like other experts who reviewed AP’s findings wouldn’t speculate how many red flag removal orders would be necessary to make a difference.

The search for solutions comes amid a string of mass shootings in Buffalo, New York, Uvalde, Texas, and Highland Park, Illinois, and a spike in gun violence not seen in decades: 27,000 deaths so far this year, following 45,000 deaths each of the past two years.

AP’s count, compiled from inquiries and Freedom of Information Law requests, showed wide disparities in how the laws were enforced, most without regard to population, gun ownership or crime rates.

Florida led with 5,800 such orders, or 34 per 100,000 adult residents, but that is due mostly to aggressive enforcement in a few counties that don’t include Miami-Dade and others with more gun killings. More than a quarter of Illinois’ slim 154 orders came from one suburban county that makes up just 7% of the state’s population, and just four orders came from shootings-wracked Chicago. California had 3,197 orders but was working through a backlog of three times that number of people barred from owning guns under a variety of measures who had not yet surrendered them.

And a national movement among politicians and sheriffs that’s declared nearly 2,000 counties as “Second Amendment Sanctuaries,” opposing laws that infringe on gun rights, may have affected red flag enforcement in several states. In Colorado, 37 counties that consider themselves “sanctuaries” issued just 45 surrender orders in the two years through last year, a fifth fewer than non-sanctuary counties did per resident. New Mexico and Nevada reported only about 20 orders combined.

“The law shouldn’t even be there in the first place,” argued Richard Mack, a former Arizona sheriff who heads the pro-gun Constitutional Sheriffs and Peace Officers Association. “You’re taking away someone’s property and means of self-defense.”

Red flag laws, most of which came into effect over the last four years, allow police officers who believe gun owners are an imminent danger to themselves or others to petition a judge to order firearms surrendered or, barring that, seized for an “emergency” period, typically two weeks. The judge can then convene a court hearing in which petitioners present evidence to withhold weapons longer, typically a year, and the owner can argue against that. AP’s tally counts an emergency order followed by a longer one as a single order if they involve the same gun owner.

Some states also allow family members of gun owners, school officials, work colleagues or doctors to ask for gun removal orders, also known as extreme risk protection orders. But data reviewed by the AP show nearly all petitions in several states were initiated by police, possibly because, as several surveys have shown, few people outside law enforcement are even aware the laws exist.

The recent spike in shootings has brought renewed attention to red flag laws, with states including Alaska, Pennsylvania and Kentucky introducing legislation to add them. The Biden administration is seeking to foster wider use of red flag laws by allocating money in a newly passed federal gun law to help spread the word about such measures.

An AP-NORC poll in late July found that 78% of U.S. adults strongly or somewhat favor red flag laws, but the backlash against them has been intense in some states, particularly in rural areas. Opponents argue that allowing judges to rule on gun seizures in initial emergency petitions before full hearings violates due process rights, though court cases claiming this have generally found the laws constitutional.

Many police believe seizing guns can also be dangerous and unnecessary, even as a last resort, especially in sparsely populated areas where they know many of the residents with mental health issues, said Tony Mace, head of the New Mexico Sheriffs’ Association, which lobbied against the state’s law.

“You’re showing up with 10 to 15 law enforcement officers and coming in the middle of the night and kicking in the door, and it’s already a dangerous environment,” said Mace, sheriff of Cibola County, a sanctuary county with just one order since 2020.

One fierce gun rights defender who still aggressively uses the law is Polk County, Florida, Sheriff Grady Judd, who says he doesn’t let his beliefs stand in the way of moving fast when gunowners threaten violence.

“We’re not going to wait for an Uvalde, Texas, or a Parkland or a Columbine if we have the information and people say that they’re going to shoot or kill,” said Judd, who enforced 752 orders since 2020 in a county of 725,000 residents, a tally that is more than the total orders for 15 entire states. “We’re going to use the tools that the state gave us.” 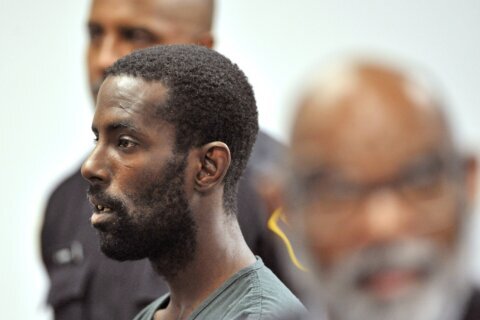