HELENA, Mont. (AP) — The state health department has restored the ability for transgender people to apply to correct the gender marker on their Montana birth certificate after a judge blocked enforcement of a law that would have required them to have surgery first.

The gender designation forms are available on the department’s website.

The time to process an application for a birth certificate, or a correction to one, can take several months depending on the circumstances, such as the complexity of the request and how much communication is needed to clarify information, Jon Ebelt, spokesperson for the Department of Public Health and Human Services, said in a statement Thursday.

Montana is required to process the applications after District Judge Michel Moses issued a temporary injunction against enforcing a state law that would have required transgender residents to have undergone a surgical procedure before changing the sex on their birth certificate.

Moses said the law was unconstitutionally vague in April and temporarily blocked its enforcement while the court case continued. However, the state did not begin accepting applications and instead passed a rule saying that nobody could change the sex on their birth record unless there was a clerical error.

Moses issued a written order on Monday threatening to hold the state in contempt if it did not follow his instructions to return to a 2017 rule that allowed people to change the gender designation on their birth certificate by submitting an affidavit saying they have undergone gender transition or have an intersex condition.

The state said Monday it would comply with the order.

Moses’ ruling remains in effect while the court challenge to the 2021 law continues. The trial in the case is set for August 2023, Alex Rate, an attorney for the American Civil Liberties Union of Montana, said Thursday.

No applications requesting a gender designation change had been returned to the state Vital Records department as of mid-day Thursday, Ebelt said. 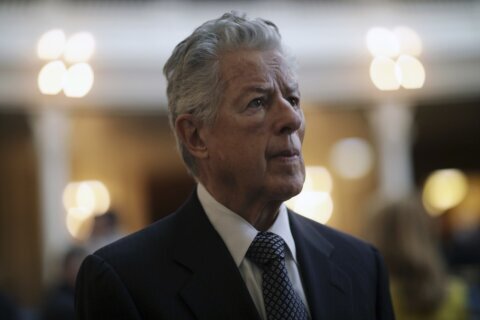