Mississippi city with water woes to replace some lead pipes

JACKSON, Miss. (AP) — Officials in Mississippi’s capital city said Wednesday that workers have found lead in water pipes at 16 buildings out of nearly 24,000 checked so far — the latest indication of problems in Jackson’s long-troubled water system.

The dangerous pipes were found as workers were replacing water meters, and the lead caused the workers “some level of alarm,” Lumumba said. The meter replacement work is about halfway finished and is expected to wrap up by March.

“Out of 23,900 meter installations, to only reveal 16 is certainly promising news that it is that few,” said Lumumba, a Democrat. “However, we’re not pleased with any resident having to deal with a lead connection.”

Most of Jackson’s 150,000 residents lost running water for several days in late August and early September after heavy rainfall exacerbated problems in the city’s main treatment plant. At that time, the city had already been under a boil-water notice since late July because of cloudy water that could make people ill. The notice was lifted Sept. 15, after being in place nearly seven weeks.

Jackson has had water system problems for years, and tests by the state health department in 2015 found higher-than-acceptable lead levels in some water samples. The city continues to publish public notices about water quality not meeting minimum standards.

Lumumba said 16 buildings with bad pipes are in different parts of the city, not in a concentrated area. He said he thinks most are homes rather than businesses.

Jackson is facing multiple lawsuits over water quality, including one filed Sept. 16 that seeks to force the city to remove pipes that contain lead. The mayor said Wednesday that he would not comment on litigation.

Environmental Protection Agency Administrator Michael Regan said Monday in Jackson that the federal government wants to work with the city to ensure Jackson can sustain its water system. The Justice Department also sent a letter threatening legal action if the city does not agree to negotiations related to the system.

Jackson’s population is about 80% Black, with about one-quarter of residents living in poverty. The NAACP filed a complaint with the EPA Tuesday asking the agency to investigate whether Mississippi has directed an equitable share of water funding to Jackson compared to the funding sent to majority-white communities. 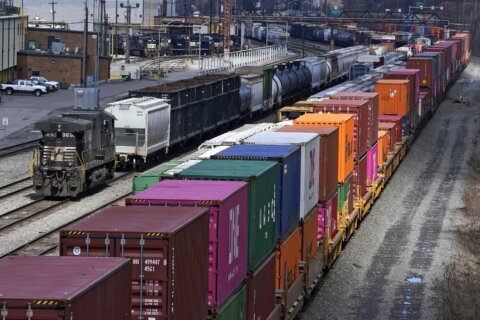