KNOXVILLE, Tenn. (AP) — Chloe Akers considers herself a grizzled criminal defense attorney. Until a few months ago, she didn’t spend much time thinking about abortion — for all her 39 years, abortion was not a crime, so she’d never imagined having to defend someone accused of performing one.

That changed in June, when the Supreme Court overturned Roe v. Wade. Akers sat down in her law office and pulled up Tennessee’s new criminal abortion statute.

She didn’t read it through a political lens; it doesn’t matter whether she likes a law. She read it like she would any other statute: What does it make illegal?

Tennessee’s law makes performing an abortion a felony. There are no exceptions. This is the part that Akers has since found herself having to repeat, eliciting raised eyebrows and deeply drawn breaths: Unlike many states’ abortions bans this law does not explicitly exempt abortions performed to save a mother’s life.

Instead, it offers doctors an “affirmative defense.” The difference is linguistically subtle but extraordinarily meaningful in criminal law, Akers says. The law makes performing all abortions illegal. Instead of the state having to prove that the procedure was not medically necessary, the law shifts the burden to the doctor to convince a court that it was.

She opened up Instagram, where she sometimes explains criminal law to a handful of followers. If she would have known that 2 million people would end up watching — including members of Congress and country music stars — she would have brushed her hair and spit out her gum.

She tried to explain an affirmative defense in a way people without a law degree might understand it: it is akin to claiming self-defense after killing someone. A prosecutor might decide the killing was justified and decide not to charge. But that’s entirely up to the prosecutor. If they do charge, the defendant is at the mercy of the courts.

“It’s about to get real and it may not happen to you. But it’s going to happen here,” she said in her video. For those who were scared or confused, she added words of support: “You know exactly where to find me.”

And they did. Her inbox was flooded with thousands of messages, so many she couldn’t keep up.

The mayor wrote. Socialites invited her to present at dinner parties. Doctors pleaded for guidance. A women’s motorcycle group asked her to come talk with them.

She had accidently become the state’s primary interpreter of this law, which went into effect Aug. 25. Within days she quit her cushy job in a law firm and started a nonprofit she named Standing Together Tennessee. For the past two months, she’s crisscrossed the state on a tour aimed at explaining abortion law to doctors, and the intricacies of pregnancies to the lawyers who might have to defend them.

Nikki Zite, a Knoxville OB-GYN, signed up to be the nonprofit’s medical director.

Zite is a complex family planning physician. Since Roe fell, she’s treated two ectopic pregnancies, where the pregnancy is growing outside the womb, usually in the fallopian tubes. An ectopic pregnancy can never be viable and can rupture if allowed to continue to grow. Termination is standard treatment. And yet Zite has found herself looking over her shoulder.

“What if someone disagrees with me? Am I going to go to jail?” she wonders. “We are now at the mercy of the criminal justice system.”

Will Brewer, an attorney and lobbyist with Tennessee Right to Life, thinks the lawyers like Akers and doctors agonizing over the wording are exaggerating the possible consequences.

“I think you’re going to be hard pressed to find a prosecutor that is going to prosecute a physician when they can back up their claim that they did this to save the life of the mother,” Brewer said.

He said lawmakers chose the wording for a specific reason: to raise the bar as high as they could for doctors to perform an abortion. Exemptions are easier to abuse, he said. Yet he believes the law gives them wide berth — it doesn’t require death be imminent and it doesn’t mean every decision will be second-guessed.

Leilah Zahedi, a Chattanooga OB-GYN, called recently to say she’d been on a call with hospital lawyers who reminded her that if she hesitates too long and a pregnant patient suffers, she could be liable for malpractice.

“We’re being told there’s this very fine tightrope where you can follow the law. And if you fall one way, you’re committing a felony and if you fall the other way and you wait too long, then someone can sue you for malpractice. It feels pretty much impossible,” she said. “What am I supposed to do?”

She specializes in the most dangerous pregnancies. Complications uncommon for most obstetricians are not uncommon for her. She wants to stay in Tennessee, but she’s not sure if the new law will make that too risky. This is Akers’ greatest fear: Doctors will move to states where they will not face the threat of jail for doing their jobs.

“The women of Tennessee need you here,” she said.

Her own sister survived a high-risk pregnancy with twin boys — because she had top-notch care, she believes. She thinks all of her neighbors deserve the same. Tennessee already ranks toward the top of the list of states with abysmal maternal mortality rates, and she worries this will make matters worse.

“We all just risked our lives for two years for a pandemic. I’m not really excited about now risking my liberty and freedom in order to take care of patients here when it has become very clear I am no longer welcome,” she said, “even though I know people need me.”

She wants to stay. She loves her practice and her patients, she told Akers. 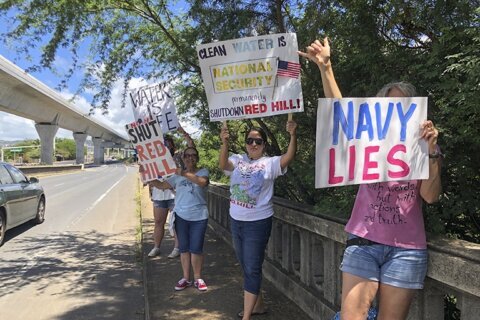