A Los Angeles federal judge threw out an indictment Friday charging a dive boat captain with manslaughter in the deaths of 34 people in a 2019 fire aboard a vessel anchored off the Southern California coast.
Listen now to WTOP News WTOP.com | Alexa | Google Home | WTOP App | 103.5 FM

LOS ANGELES (AP) — A Los Angeles federal judge threw out an indictment Friday charging a dive boat captain with manslaughter in the deaths of 34 people in a 2019 fire aboard a vessel anchored off the Southern California coast.

The ruling came on the third anniversary of one of the deadliest maritime disasters in recent U.S. history when the Conception went down in flames Sept. 2, 2019, near an island off the coast of Santa Barbara. All 33 passengers and a crew member who were trapped in a bunk room below deck died.

Captain Jerry Boylan, 68, failed to follow safety rules, federal prosecutors said. He was accused of “misconduct, negligence and inattention” by failing to train his crew, conduct fire drills and have a roving night watchman on the boat when the fire ignited.

But the indictment failed to specify that Boylan acted with gross negligence, which U.S. District Judge George Wu said was a required element to prove the crime of seaman’s manslaughter and must be listed in the indictment.

Family members of seven of the victims said in a statement that they were stunned by the decision. They criticized Wu’s interpretation of the law.

“This is an outrageous miscarriage of justice and quite a slap in the face to receive on the third anniversary of this disaster,” they wrote. “The captain accepted the responsibility of ‘duty of care’ when he received his merchant mariner’s credential. He violated that duty and then was the first to abandon the vessel.”

Prosecutors will seek approval from the Department of Justice to appeal the ruling, said Thom Mrozek, a spokesperson for the U.S. attorney in Los Angeles. They can also seek a new indictment alleging gross negligence.

Boylan’s lawyers in the federal public defender’s office did not immediately respond to a request for comment.

Boylan and four other crew members, who had been sleeping on an upper deck and escaped from the burning boat, said the blaze prevented them from trying to reach those trapped below deck. Flames blocked a stairwell and a small hatch that were the only exits from below deck, officials said. All 34 perished from smoke inhalation.

The ruling is the second recent blow to prosecutors in the case.

Boylan originally was indicted on 34 counts of seaman’s manslaughter with each carrying a possible prison term of 10 years if he was convicted. Defense lawyers sought to dismiss those charges because they argued the deaths were the result of a single incident and not separate crimes.

Before that issue could be argued in court, prosecutors got a superseding indictment in July charging Boylan with only one count of seaman’s manslaughter alleging his negligence caused all 34 deaths. If convicted, he would have faced a maximum of 10 years in prison.

The defense also argued that the single-count indictment should be thrown out because it did not allege Boylan acted with gross negligence, which they said was a required element of the crime.

Federal prosecutors countered that under the pre-Civil War statute, designed to hold steamboat captains and crew responsible for maritime disasters, they only needed to show Boylan acted with simple negligence, a unique standard for a felony.

Prosecutors cited the language of the statute that says captains and other boat employees can face up to 10 years in prison for “misconduct, negligence, or inattention to his duties on such (a) vessel (that) the life of any person is destroyed.”

Wu said the case law on the negligence standard was inconsistent in appellate courts. Only a New Orleans appeals court had upheld the requirement that prosecutors prove simple negligence to win a seaman’s manslaughter conviction.

Kierstan Carlson, a Washington lawyer specializing in the shipping industry, said a dearth of published opinions on the issue presents a big risk for anyone facing the charge until more circuit courts or the Supreme Court weigh in.

“When we speak to clients about potential exposure or risk under the statute, we warn them that simple negligence could be enough,” Carlson said.

Many seaman’s manslaughter cases end in guilty pleas, which aren’t appealed, she said. Several other high-profile cases have been dismissed for other reasons without getting to the issue of negligence.

In the Deepwater Horizon oil rig explosion that killed 11 workers in the Gulf of Mexico in 2010, for example, several defendants had counts thrown out after courts said the charge didn’t apply to some workers on the platform.

In the case of a 2018 duck boat disaster near Branson, Missouri, that killed 16 passengers and a crew member, federal charges against the captain and two other employees were dismissed because a judge said federal prosecutors lacked “admiralty jurisdiction” on Table Rock Lake.

Robert Weisberg, a criminal law professor at Stanford University, said Wu’s ruling was sensible for relying on other appellate opinions that found gross negligence was a required element for the similar crime of involuntary manslaughter, which is also the standard in California and many state courts.

He blamed Congress in part for writing the seaman’s manslaughter law in an “ad hoc and inconsistent” manner.

The two types of negligence are often viewed as whether someone should be slapped with civil damages or criminally punished for their behavior, Weisberg said.

Simple negligence would be if someone caused harm without ever considering the risks they took. It would be gross negligence if they considered the possible consequences but acted anyway. Gross negligence often incorporates an element of recklessness.

If prosecutors appeal and lose, they could seek another indictment specifying that Boylan was grossly negligent but that will be a tougher burden to prove, Carlson said. They would have to show that his failures to train crew and post a night watch were much more severe.

“The government would have to show that the defendant was aware of the obligation to do those things, had an opportunity to do them and affirmatively chose not to do so,” she said. “It’s just a deeper level of his failure to do so.”

As a homicide case with a possible 10-year sentence, Wu noted that the Supreme Court has been reluctant to allow prosecutors to show negligence instead of the more difficult standard of showing a defendant acted with criminal intent.

Federal safety investigators never found the cause of the fire, but blamed the owners of the vessel, Truth Aquatics Inc., for a lack of oversight, though they were not charged with a crime.

Truth Aquatics sued in federal court under a provision in maritime law to avoid payouts to the families of the victims. Family members of the dead have filed claims against boat owners Glen and Dana Fritzler and the company and have also sued the U.S. Coast Guard.

Vicki Moore, the wife of Raymond “Scott” Chan and mother Kendra Chan, said the ruling was breathtaking and would be unbelievable if allowed to stand. She blames Boylan, the boat’s owners and lax Coast Guard enforcement for the tragedy.

“It took a perfect storm of these three parties being derelict in their duties, responsibilities, and adherence to the law, over decades, to result in the death of 34 souls on the Conception exactly three years ago,” Moore said in a statement. 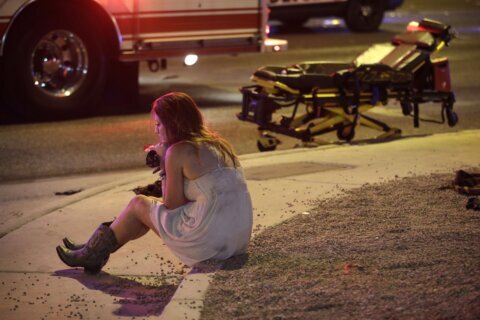 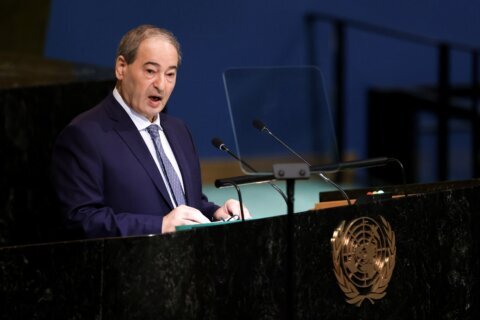