U.S. District Judge David Counts, whom then-President Donald Trump appointed to the federal bench, dismissed a federal indictment against Jose Gomez Quiroz that had charged him under the federal ban.

According to Counts’ ruling, Quiroz was under a state burglary indictment when he tried to buy a .22-caliber semiautomatic handgun and challenged the ensuing federal charge.

In a 25-page opinion filed in Pecos, Texas, Counts acknowledged “this case’s real-world consequences — certainly valid public policy and safety concerns exist.” However, he said a Supreme Court ruling this summer in a challenge brought by the New York Rifle & Pistol Association “framed those concerns solely as a historical analysis.”

“Although not exhaustive, the Court’s historical survey finds little evidence that … (the federal ban) — which prohibits those under felony indictment from obtaining a firearm — aligns with this Nation’s historical tradition.”

Hence, he ruled the ban unconstitutional as the “Second Amendment is not a ‘second class right,” as noted in a 2008 Supreme Court ruling. ”No longer can courts balance away a constitutional right,” Counts wrote. After the New York case, “the Government must prove that laws regulating conduct covered by the Second Amendment’s plain text align with this Nation’s historical tradition. The Government does not meet that burden.”

In the New York case, the high court held by a 6-3 vote, with conservative justices forming the majority, that Americans have a right to carry firearms in public for self-defense. The June 23 ruling, written by Justice Clarence Thomas, was seen then as likely to lead to more people being legally armed.

A message to the U.S. Attorney’s Office for the Western District of Texas did not immediately return a message seeking comment. 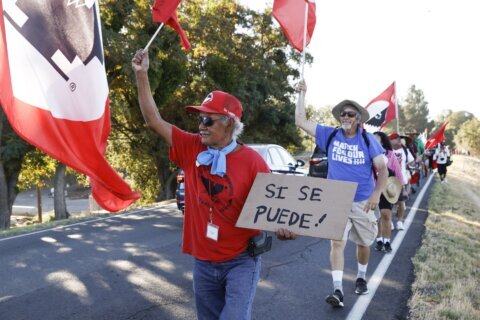