DETROIT (AP) — Jeep will start selling two fully electric SUVs in North America and another one in Europe over the next two years.

The new EVs, Jeep’s first, are part of the Stellantis brand’s plans to convert half of its U.S. sales and all of its European sales to battery-electric vehicles by 2030. They’re the first for the brand, and executives are promising that they’ll be fully capable of off-road travel.

The new vehicles include the Jeep Recon, a four-wheel-drive midsize SUV about the size of the Jeep Wrangler and rival Ford’s gas-powered Bronco Sport. It will be produced at an undisclosed North American factory starting in 2024. No range, performance figures or prices were released.

Jeep also will start making an all-electric Wagoneer S midsize luxury SUV in 2024 that also can go off road. The electric extension of the Wagoneer sub-brand is expected to go 400 miles (650 kilometers) on a single charge, have 600 horsepower, and be able to travel from zero to 60 miles per hour (100 kilometers per hour) in about 3.5 seconds.

The Wagoneer S also will be built in North America at a yet-to-be disclosed factory. No prices were released on this SUV either.

Heading for Europe next year will be the Jeep Avenger compact SUV, the brand’s first fully electric vehicle. Jeep says the small Avenger, with 250 miles (400 kilometers) of range per charge, won’t be coming to the U.S. It’s better suited for Europe, where there’s a strong market for smaller vehicles, executives said.

The Avenger will be officially unveiled Oct. 17 at the Paris Motor Show. It will arrive in showrooms early next year.

Jeep also plans to introduce four all-electric SUVs in North America and Europe by the end of 2025, the executives said.

The Recon, though, will not replace the Jeep Wrangler small SUV, said Christian Meunier, the brand CEO. “The Wrangler is the icon,” he said, without saying there would be an electric Wrangler.

Jeep, he said, is on a path to become the leading zero-emission SUV brand across the globe. The company has a goal of selling the SUVs in China, executives said. 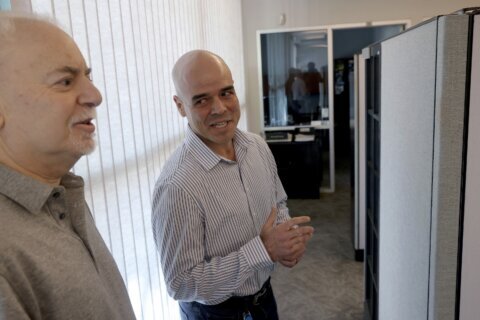