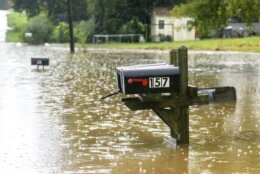 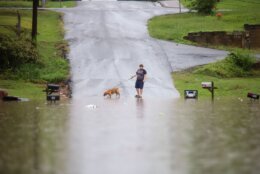 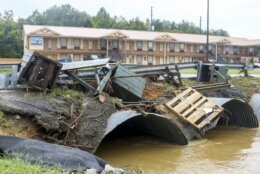 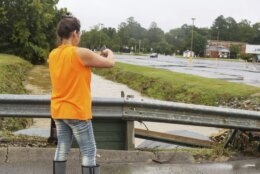 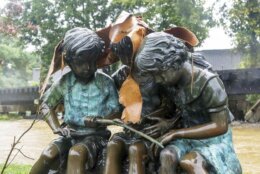 Georgia Gov. Brian Kemp declared a state of emergency Sunday afternoon in Chattooga and Floyd Counties, directing all state resources to help with “preparation, response and recovery activities.” The National Weather Service said rainfall of up to one inch per hour was causing creeks, streams, roadways and urban areas to experience unusually high levels of water. Up to 12 inches of rain was estimated to have fallen in the area, according to Kemp’s executive order.

“This is an extremely dangerous and life-threatening situation. Do not attempt to travel unless you are fleeing an area subject to flooding or under an evacuation order,” the service said.

The service declared a “flash flood emergency” for Summerville, Lyerly and James H. Floyd State Park in Chattooga County. Floyd County — just to the south — was also under a flash flood warning.

At 3:10 p.m., the service advised locals to avoid non-emergency travel as another round of emergency rainfall entered the area.

The city of Summerville advised residents who use the city’s water utility services to boil water prior to drinking, cooking or preparing baby food due to flash flooding at the Raccoon Creek Filter plant.

“Water should be boiled for at least one minute after reaching a rolling boil. Citizens should continue to boil their water until they are notified by their drinking water utility that the water system has been restored to full operation, and that the microbiological quality of the water in the distribution system is safe for human consumption,” the city said on its website.