JACKSON, Miss (AP) — A Mississippi man has been charged with a federal hate crime for burning a cross in his front yard to threaten his Black neighbors, the U.S. Justice Department announced Friday.

Axel Cox, 23, has been charged with one count of criminal interference with the right to fair housing and one count of using fire to commit a federal felony.

According to court records, Cox chose to burn a cross in front of a Black family because of their race. He also allegedly addressed the family with racially derogatory language, the records show. The incident occurred on Dec. 3, 2020.

Federal prosecutors said the Gulfport man violated his neighbors’ housing rights. The statute Cox is accused of violating falls under the Civil Rights Act of 1968. That law says it is illegal for an individual to interfere with any person’s housing rights based on race.

Vangela M. Wade, president of the Mississippi Center for Justice, said cross burnings harken back to the overt racism of the Jim Crow South.

“This is another stark reminder of how bigotry, racism, and hate-fueled violence are alive and well in our country. Mississippi is no exception,” Wade said. “The fight to dismantle Mississippi’s deeply entrenched culture of injustice and a better tomorrow continues. We are thankful for the courage of the members of the federal grand jury to indict this hate crime.”

A grand jury indicted Cox in September. Court records were unsealed before his first court appearance on Friday. Judge Robert Myers ordered Cox held without bond pending a jury trial, which is scheduled to start Nov. 7.

Cox could face multiple years in prison and a $250,000 fine concerning each charge if convicted.

Cox’s attorney did not immediately respond to a request for comment by The Associated Press. 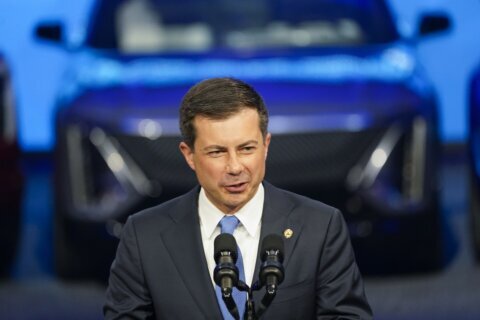