ALBUQUERQUE, N.M. (AP) — Dave Foreman, a self-proclaimed eco-warrior who was a prominent member of the radical environmentalism movement and a co-founder of Earth First!, has died. He was 74.

The New Mexico-based Rewilding Institute, which Foreman founded as a think tank to develop long-term land conservation plans, said on its website that he died peacefully at his home in Albuquerque on Monday.

A cause of death wasn’t immediately released, but friends of Foreman said he had battled a lung illness for several months.

“There will never be another like him. One of the greatest conservationists ever,” the institute said. “He is sorely missed by so many as a dear friend, leader, and mentor.”

John Davis, the institute’s director and an associate of Foreman’s for 37 years, told the Arizona Daily Star that Foreman had remained involved in conservation issues up until his death.

Foreman, who used to live in Tucson, Arizona, helped launch two groundbreaking environmental movements. One is Earth First!, which was launched in 1979 and uses a direct-action approach to draw “attention to the crises facing the natural world,” according to the movement’s website. The other is the “rewilding” movement, which for decades has sought to protect huge expanses of nature for wildlife.

In the 1980s, Foreman was repeatedly accused of engaging in eco-terrorism — including from some mainstream environmentalists — for his advocacy of environmental direct action, going beyond civil disobedience and tree-sitting protests to tree-spiking, cutting down billboards and pouring sand into gas tanks of bulldozers, the Star reported.

Former Earth First! member Kieran Suckling, who now is the director of the Tucson-based Center for Biological Diversity, told the newspaper that Foreman “was deadly serious about the essential importance of wilderness and wildlife to the planet, and to human society, and calling people to defend them as the highest calling in life.”

Born in Albuquerque in 1947, Foreman worked for the Wilderness Society from 1973-1980. Dissatisfactions with environmental groups led him and other activist friends to form Earth First!.

In 1991, Foreman co-founded the Wildlands Network, which seeks to establish a network of protected wilderness areas across North America. He founded the Rewilding Institute in 2003.

Foreman wrote at least five books from 1991-2014, starting with “Confessions of an Eco-Warrior.” 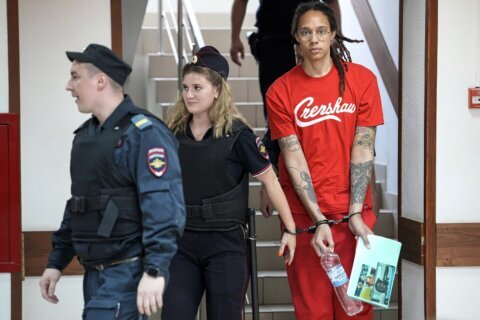