New York (AP) — Castmates yelled frantically as Julie Stoffer attempted to unhook Veronica Portillo’s zipline harness while suspended 10 stories in the air. The scene dramatically cut between Portillo screaming for her life and her reality TV co-stars nervously watching from below.

I remember that 2004 episode vividly; I’d never seen the potential for real tragedy on MTV’s “The Challenge” before. Considered one of show’s greatest moments, that incident, along with plenty of highlights, are relived in the six-part docuseries, “The Challenge: Untold History.”

“You have people who’ve been watching ‘The Challenge’ since I started on it back in 2006, but then you also have people who are brand new to the franchise,” said Johnny “Bananas” Devenanzio, “The Real World: Key West” alum who’s competed in 20 seasons. “It’s going to give everybody an opportunity to really see where it all started.”

One of television’s longest-running reality competitions — pre-dating “Survivor,” “Big Brother” and “The Amazing Race” — “The Challenge” pits competitors in weekly competitions combining strategy and strenuous physical activities in hopes of winning a large monetary prize. Castmates are sequestered in a decked out house, usually in an exotic locale, with most episodes ending with someone going home.

Recurring contenders are shuffled in and out each season, creating rich storylines and bitter rivalries throughout the years. Then, there are the surprised-themed seasons like “Rivals” (challengers worked with their enemies) and “Battle of the Exes” (they had to partner with their ex-lovers, no matter how bitter the breakup).

Sifting through more than 500 episodes was its own challenge. Bunim/Murray, the legacy production company that created the groundbreaking series “The Real World,” interviewed more than 30 past and present cast members, as well as producers, famous fans (including Kim Kardashian) and media members like myself to explore its legacy. Its impact is apparent not only in the competition series it inspired, but also in the diversity of contestants who have taken part since the show first aired in 1998.

“There’s been 37 seasons that have aired, plus all of the spinoffs,” said producer Julie Pizzi. “We had to leave a lot on the cutting room floor, but we really tried to tell the stories that were both iconic, but also had a lot of heart.”

“Untold History” airs back-to-back episodes on Wednesdays, starting at 8 p.m. Eastern/Pacific. Each one includes plenty of never-before-seen footage is revealed, along with deep dives into favorite memories, greatest competitors, and love stories — both on and off screen.

For a young man who saw the (now all but defunct) VJ or MTV News correspondent roles as dream jobs, my fandom began in college as I followed “Real World” personalities to “The Challenge.” Competitors were originally plucked from MTV’s “Road Rules” which last aired in 2007, before “The Real World” alums joined.

“When I started, music videos were still on. I mean, ‘MTV Spring Break’ was still around,” said Bananas. “Producers and MTV have managed to keep ‘The Challenge’ just relevant with the times. And again, I think a lot of that goes back to kind of keeping the formula simple, but adapting the games and the cast.”

That’s part of the allure; popular castmates who debuted in their 20s now approach middle age, and their fans have grown with them. To maintain relevance, the show has recruited a new generation of viewers by tapping into rival, Emmy-winning shows like “Big Brother” and “Survivor” — despite not yet claiming its own Emmy statuette.

“If you have players from ‘Survivor,’ ‘Big Brother,’ ‘Amazing Race,’ all of these people that want to come on our show, it has to mean something,” said Aneesa Ferreira, whose first season was 2002’s “Battle of the Sexes.” It has to mean that this is one of the best game shows.”

The 38th season, themed “Ride or Dies,” premieres next month and the franchise has expanded to other Paramount properties. Earlier this year, “The Challenge: USA” launched featuring a similar format for CBS reality stars and in 2021, Paramount+ launched the popular “The Challenge: All Stars,” smartly betting big on nostalgia by featuring pre-reality boom competitors who hadn’t competed in years — or even decades.

But what might be the most significant impact of “The Challenge” is how it took the baton passed from “The Real World” and forced viewers to examine their beliefs by introducing faces from different walks of life, creating conversations around race, identity, LBGTQ+ issues, cultural differences and people living with disabilities.

“Growing up, I didn’t see a lot of me anywhere, especially like a Brown Jewish girl … I didn’t know which part of my identity was supposed to take the reins, which one was the most important,” said Ferreira, who is Black and Jewish, and identifies as queer. “The show really helped me to find out who I really am and where I fit … it’s nice to know that I am the representation I wish I had.”

Gary Gerard Hamilton was invited to participate in “The Challenge: Untold Stories.” He wishes Leroy or Killa Kam would’ve won a Challenge final and longs for the day journalists are invited to compete. You can follow Gary on all socials at @garyghamilton. 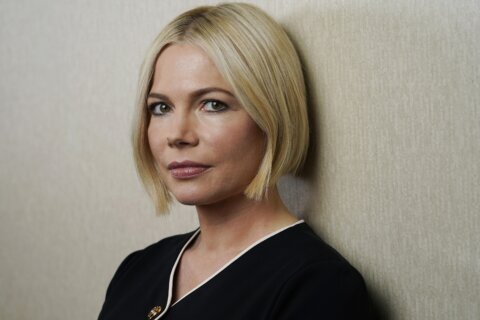 How Michelle Williams found the music of Mitzi Fabelman