RALEIGH, N.C. (AP) — A copilot who jumped to his death from a small airplane in North Carolina was upset over damaging the craft’s landing gear during a failed runaway approach, according to a preliminary report released Tuesday by the National Transportation Safety Board.

The plane’s pilot in command told federal investigators that his copilot “became visibly upset about the hard landing” in the minutes after they diverted to another airport for an emergency landing, the report stated.

The copilot opened his side cockpit window and “may have gotten sick,” the report stated. He then lowered the ramp in the back of the airplane, indicating that he felt like he was going to be sick and needed air.

The report said the copilot “got up from his seat, removed his headset, apologized and departed the airplane via the aft ramp door.”

The incident occurred July 29 about 30 miles (48 kilometers) south of Raleigh-Durham International Airport. Charles Hew Crooks, 23, did not have a parachute, and his body was found in a backyard in the town of Fuquay-Varina.

Tuesday’s report said that the two pilots had been flying skydiving runs out of Raeford West Airport earlier in the day. They were descending toward the airport for a third run when the hard landing occurred.

Crooks was flying the approach when the aircraft “dropped” and both pilots called for a go-around maneuver, the report stated. Before Crooks could initiate a climb, the right main landing gear impacted the runway.

The other pilot assumed the flight controls, the report stated. He directed Crooks to declare an emergency and request a diversion to Raleigh-Durham International Airport for landing.

The pilot told investigators that Crooks became upset “about 20 minutes into the diversion to RDU, after conducting approach and emergency briefings,” the report stated. 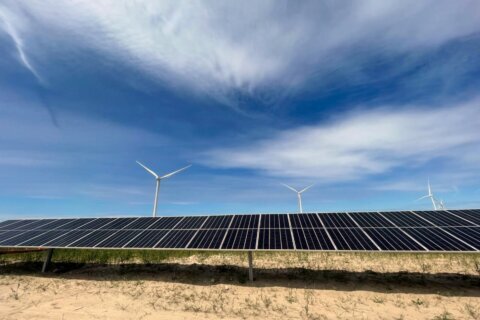