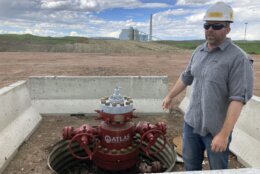 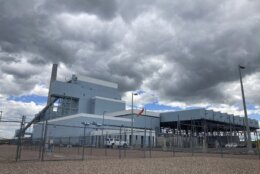 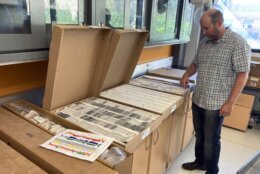 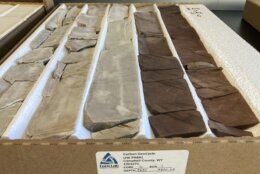 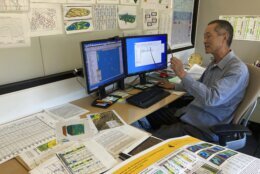 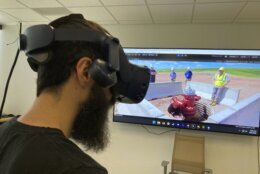 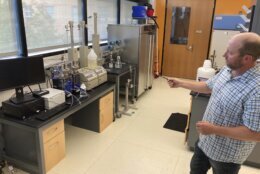 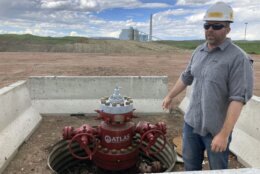 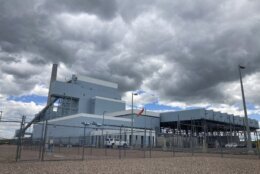 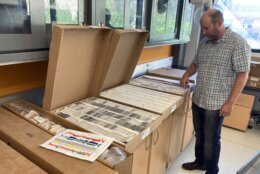 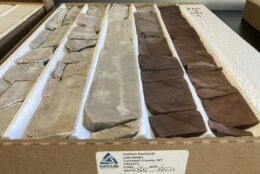 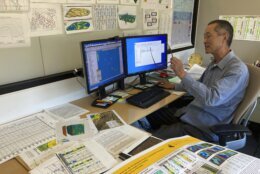 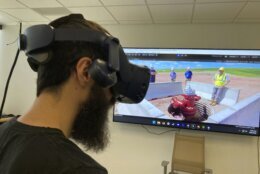 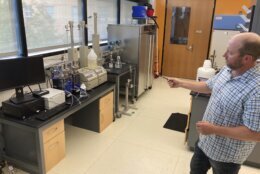 GILLETTE, Wyo. (AP) — The rolling prairie lands of northeastern Wyoming have been a paradise of lush, knee-deep grass for sheep, cattle and pronghorn antelope this summer.

But it’s a different green — greener energy — that geologist Fred McLaughlin seeks as he drills nearly two miles (3.2 kilometers) into the ground, far deeper than the thick coal seams that make this the top coal-mining region in the United States. McLaughlin and his University of Wyoming colleagues are studying whether tiny spaces in rock deep underground can permanently store vast volumes of greenhouse gas emitted by a coal-fired power plant.

This is the concept known as carbon storage, long touted as an answer to global warming that preserves the energy industry’s burning of fossil fuels to generate electricity.

So far, removing carbon dioxide from power plant smokestacks and pumping it underground hasn’t been feasible without higher electricity bills to cover the technique’s huge costs. But with a $2.5 billion infusion from Congress last year and now bigger tax incentives through the Inflation Reduction Act passed by Congress on Friday, researchers and industry continue to try.

One goal of McLaughlin’s project is to preserve the lifespan of a relatively new coal-fired power plant, Dry Fork Station, run by Basin Electric Power Cooperative. State officials hope it will do the same for the whole beleaguered coal industry that still underpins Wyoming’s economy. The state produces about 40% of the nation’s coal but declining production and a series of layoffs and bankruptcies have beset the Gillette area’s vast, open-pit coal mines over the past decade.

While the economics of carbon storage remain uncertain at best, McLaughlin and others are confident in the technology.

“The geology exists,” McLaughlin said. “It is a resource we’re looking for — and the resource is pore space.”

McLaughlin and his team used the same drill rigs as the oil industry to bore their two wells almost 10,000 feet (3,000 meters), taking core samples from nine geological formations in the process. The researchers will study how injection at one well, using saltwater as a stand-in for liquid carbon dioxide, could affect fluid behavior at the other.

“It’s basically like a call and response, if you want to think of it that way,” McLaughlin said. “We can ground truth our simulations.”

McLaughlin’s team also does a lot of lab work on carbon sequestration back at the University of Wyoming School of Energy Resources in Laramie, studying on a microscopic scale how much carbon dioxide different sandstone layers can hold. They model on computers how much carbon dioxide, well by well, could be pumped underground north of Gillette.

Eventually they want to advance to carbon dioxide captured from the smoke plume at nearby Dry Fork Station, using a technique developed by California-based Membrane Technology and Research, Inc.

With an eye toward carbon storage, Wyoming in 2020 became one of just two states, along with North Dakota, to take over from the U.S. Environmental Protection Agency primary authority to issue the kind of permit McLaughlin and his team will need to pump large volumes of carbon dioxide, pressurized into a high density “supercritical” state, underground.

Besides the permit, the geologists will also need more funding. The U.S. Department of Energy Carbon Storage Assurance Facility Enterprise (CarbonSAFE) program is funding 24 carbon capture and storage projects nationwide, and this is one of the furthest along.

Such projects were likely already eligible for some of the roughly $2.5 billion in last year’s infrastructure bill. Now the new Inflation Reduction Act will boost the “45Q” tax credit for electricity producers who sequester their carbon from $50 to $85 per ton.

Pumping carbon dioxide underground is nothing new. For decades, the oil and gas industry has used carbon dioxide, after it’s separated from the methane sold for fueling stoves and furnaces, to recharge aging oil fields.

Critics, however, point out the process is expensive to use at power plants and provides a lifeline of sorts to the coal, oil and natural gas industries when the world, in their view, should stop using fossil fuels altogether.

To date, only one commercially-operational, large-scale project in the U.S. has pumped carbon dioxide from a power plant underground. But to defray costs, NRG Energy’s Petra Nova coal-fired power plant outside Houston sold its carbon dioxide to increase local oil production.

After three years in operation, Petra Nova closed in 2020, when low oil prices made using the gas to recharge a nearby oil field unprofitable.

In December, a U.S. Government Accountability Office review found that Petra Nova was the only one of eight carbon capture and storage projects at coal-fired plants to actually go into operation, after getting $684 million in Department of Energy funding since 2009.

Some communities that have dealt for years with industrial air pollution also worry that companies will use promises of carbon storage as a way to expand.

For Massachusetts Institute of Technology research engineer Howard Herzog, a carbon capture and storage pioneer, the question isn’t whether the technique is technically feasible at scale. He’s certain that it is. But whether it can be economically feasible is a different matter.

“People are starting to take it more seriously even though fundamentally changing our energy systems is not an easy task,” Herzog said. “It’s not something you do in the short term. You’ve got to really set the policy in place and we still haven’t really done that.”

It may be expensive, said Herzog. But doing nothing when it comes to climate, “may be much more expensive.”