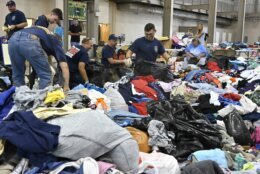 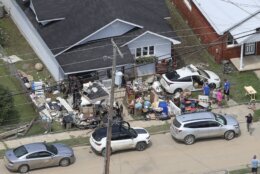 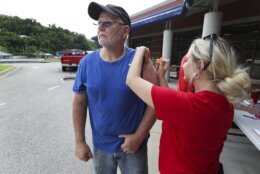 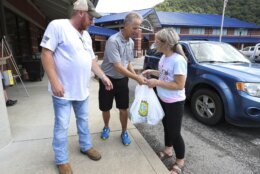 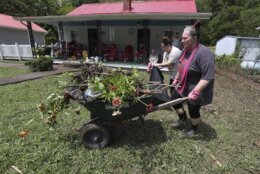 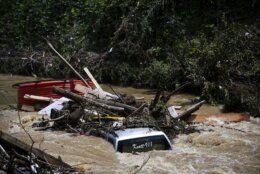 LOUISVILLE, Ky. (AP) — Another round of rainstorms hit flooded Kentucky mountain communities Monday as more bodies emerged from the sodden landscape, and the governor warned that high winds could bring another threat — falling trees and utility poles.

Gov. Andy Beshear said the death toll rose to 37 while hundreds of people remained unaccounted for five days after one of the nation’s poorest regions was swamped by nearly a foot of rain. The water poured down hillsides and into valleys and hollows, engulfing entire towns. Mudslides marooned some people on steep slopes.

Beshear suggested many of the unaccounted for would be located when cellphone service resumes.

“When cell service gets back up, we do see a whole lot of people finding people they love and care about, so looking forward to those stories,” he said.

Radar indicated that up to 4 more inches (10.2 centimeters) of rain fell Sunday, and the National Weather Service warned that slow-moving showers and thunderstorms could provoke more flash flooding through Tuesday morning.

“If things weren’t hard enough on the people of this region, they’re getting rain right now,” Beshear said Monday at the Capitol in Frankfort. “Just as concerning is high winds — think about how saturated the ground has been.” The wind “could knock over poles, it could knock over trees. So people need to be careful.”

An approaching heat wave means “it’s even going to get tougher when the rain stops,” the governor said. “We need to make sure people are ultimately stable by that point.”

“These people, we know most of them. We’re a small community,” he said of the town about 110 miles (177 kilometers) southeast of Lexington. “It affects everybody.”

His funeral home recently buried a 67-year-old woman who had a heart attack while trying to escape her home as the water rose. Campbell knew her boyfriend well, he said.

On Monday, he met with the family of a husband and wife in their 70s, people he also knew personally. He said it’s hard to explain the magnitude of the loss.

“I don’t know how to explain it or what to say, to be completely honest,” he said. “I just can’t imagine what they’re going through. I don’t think there really are words for it.”

Campbell said his 90-year-old grandmother lost the entire home where she’s lived since 1958. She managed to escape to a neighbor’s house with only some photos. Everything else is gone, he said.

More than 12,000 utility customers remained without power. At least 300 people were staying in shelters.

The floods were unleashed last week when 8 to 10 1/2 inches (20 to 27 centimeters) of rain fell in just 48 hours in parts of eastern Kentucky, southern West Virginia and western Virginia.

The disaster was the latest in a string of catastrophic deluges that have pounded parts of the U.S. this summer, including St. Louis. Scientists warn that climate change is making such events more common.

Meanwhile, nighttime curfews were declared in response to reports of looting in two of the devastated communities — Breathitt County and the nearby city of Hindman in Knott County.

Breathitt County declared a countywide curfew from 10 p.m. to 6 a.m. The only exceptions were for emergency vehicles, first responders, and people traveling for work.

“I hate to have to impose a curfew, but looting will absolutely not be tolerated. Our friends and neighbors have lost so much. We cannot stand by and allow them to lose what they have left,” County Attorney Brendon Miller said in a Facebook post.

Breathitt County Sheriff John Hollan said the curfew decision came after 18 reports of looting. He said people were stealing from private property where homes were damaged. No arrest have been made.

Last week’s flooding extended to parts of West Virginia and Virginia. President Joe Biden declared a federal disaster to direct relief money to flooded counties, and the Federal Emergency Management Agency was helping. Another relief effort came from the University of Kentucky’s men basketball team, which planned an open practice Tuesday at Rupp Arena and a charity telethon.

Coach John Calipari said players approached him about the idea.

“The team and I are looking forward to doing what we can,” Calipari said. 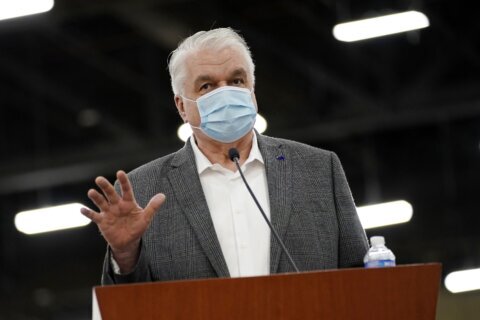 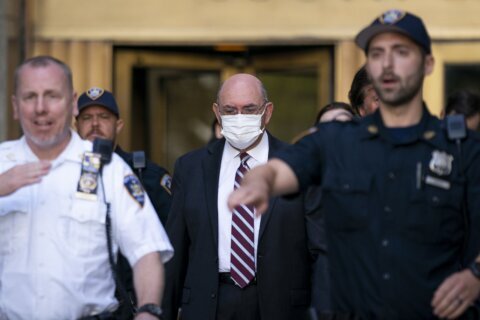