NEW YORK (AP) — A man was convicted again Wednesday in the first retrial stemming from scrutiny of a once-lauded New York City homicide detective who was later accused of framing suspects.

A stunned Eliseo DeLeon looked up at the ceiling at one point as Brooklyn Judge Dena Douglas delivered a verdict that could return the 45-year-old to prison for life. DeLeon chose to have Douglas hear the case without a jury.

DeLeon’s lawyer, Cary London, said he was “clearly disappointed” in the verdict and would weigh legal options while awaiting his Sept. 14 sentencing.

“I still believe in his innocence,” London said.

DeLeon was imprisoned for nearly a quarter-century before Douglas threw out his murder conviction in 2019 and granted him a new trial. He was free meanwhile but was taken back into custody after the verdict.

He could be sentenced to resume the 25-years-to-life term that he was serving before his original conviction was thrown out.

DeLeon is among nearly 20 people whose convictions have been overturned over the last decade in cases involving long-retired Detective Louis Scarcella, who denies any wrongdoing.

Prosecutors exonerated, or at least declined to retry, most of those people but decided to proceed against DeLeon. Gonzalez said Wednesday’s guilty verdict validated how his office decides whether or not to disavow convictions in cases involving Scarcella.

“We ask to vacate when we find misconduct or violations of due process rights and stand by convictions when the evidence supports findings of guilt,” the DA said in a statement.

But London still maintains that Scarcella engaged in “malfeasance and illegal tactics” in DeLeon’s case.

DeLeon was 18 when arrested in the death of Fausto Cordero, who was gunned down during an attempted robbery on a Brooklyn street in 1995. Cordero was heading home from a religious confirmation party with his wife, 7-year-old son and niece.

Witnesses including Cordero’s wife and a stranger identified DeLeon as the gunman, and police said he confessed.

But after a video camera was turned on, DeLeon balked and asked for a lawyer, saying he was willing to talk but wouldn’t “be a fool, put myself on tape and say I did something I didn’t do.” A judge barred the video from his initial trial.

DeLeon’s lawyers said that police manufactured the alleged confession, that the witness identification procedures were flawed, that the results were inaccurate and that everything was tainted by the involvement of Scarcella and his then-partner Detective Stephen Chmil.

Prosecutors said Scarcella and Chmil weren’t driving forces in DeLeon’s case, noting that they didn’t testify at his original trial or the preceding hearings. Prosecutors emphasized that the two eyewitnesses returned to court and stood by their identifications from 27 years earlier.

Chmil and another detective were assigned to lead the investigation. Police paperwork shows that Scarcella participated at least in arresting DeLeon and reading him his rights. The detective testified that he didn’t recall the case at all.

At the time, Scarcella was a case-cracking star in a city that was beginning to tame a crack-cocaine-era surge in killings and other violent crime. He worked on an estimated 200 homicide investigations before retiring in 1999, notching arrests in a roster of headline-making cases.

Those included the stabbing that injured a noted dancer/choreographer, the killing of a woman found with an ax in her skull, and the strangling of a developmentally disabled man in a $20 robbery. Scarcella also was credited with building a case against the alleged leader of a murderous, multimillion-dollar crack ring and solving the separate killings of a well-known rabbi, an off-duty correction officer and a subway token clerk set ablaze in his booth.

But over the past decade, a slate of defendants have accused Scarcella and Chmil of extracting false confessions and manipulating witnesses into finger-pointing people they didn’t actually see.

The men convicted of killing the rabbi, the token booth clerk and the jail guard have been cleared. The alleged crack kingpin’s conviction was overturned in June. Prosecutors are appealing that ruling, and they also consider many other convictions sound in cases involving Scarcella.

A former Brooklyn judge said in 2014 that the detective repeatedly engaged in “false and misleading practices,” a finding that Scarcella has called incorrect.

He and Chmil stand by their work. Their lawyers have said that the detectives used lawful techniques and that their cases were vetted by prosecutors who green-lighted arrests and went through the evidence. 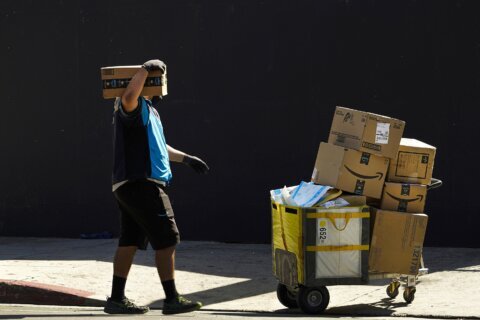