COLUMBIA, S.C. (AP) — A South Carolina judge sided with prosecutors who asked him to put strict controls on how Alex Murdaugh’s defense can review evidence before the disgraced lawyer’s murder trial in the deaths of his wife and son.

Monday’s contentious hearing started with one of Murdaugh’s lawyers interrupting Deputy Attorney General Creighton Waters less than 30 seconds after he started speaking saying prosecutors were “trying to hijack this proceeding.”

In the end, Circuit Judge Clifton Newman sided with prosecutors and their desire for the rules to make sure evidence isn’t released until Murdaugh’s January trial for the June 2021 shootings of his wife and son.

Defense attorney Dick Harpootlian said the rules were unfair because it limits who the defense can show the evidence to and how it handles documents, photos and recordings.

The defense said the protection order is unnecessary because someone in the attorney general’s office is leaking information as an anonymous source about possible blood splatter on Murdaugh’s clothes, that Murdaugh might have lured his wife to their home in Colleton County before the shooting by saying his father was ill and a lighthearted video from the home that the source implied was taken moments before the killings.

“I trust Mr. Waters. I don’t trust the rest of his office,” Harpootlian said Monday at the hearing in the Colleton County Courthouse.

Waters and Attorney General Alan Wilson have denied leaking any information. Waters suggested Monday that attorneys for others who have testified before grand juries investigating Murdaugh for the killings and a number of financial crimes were the sources for any leaks.

The evidence includes autopsy and crime scene photos, phone records, GPS data, witness statements and thousands other other pages that an unscrupulous media outlet might pay $1 million or more to get, Waters said.

“This case is unique and it is unprecedented in South Carolina history in as much as it combines violent crime with alleged corruption of someone with a law license on a scale that is somewhat inconceivable,” Waters said.

Murdaugh, who sat at the defense table, said nothing during the hearing.

Murdaugh, 54, remains in jail awaiting his trial. Investigators contend he killed his wife, Maggie, 52, with a rifle and his son Paul, 22, with a shotgun. Prosecutors have not revealed what evidence linked Murdaugh to the killings or a possible motive. Murdaugh’s lawyers have said he adamantly denies killing them.

Murdaugh and his family dominated the legal world in tiny Hampton County near where the killings took place for nearly a century. His father, grandfather and great-grandfather were the area’s elected prosecutors for 87 years, while his family also built one of the most prominent small-town legal firms in South Carolina over the past century.

The protective rules mean Murdaugh can’t review evidence while in protective custody in jail unless his lawyers are with him.

“Mr. Murdaugh, who is a lawyer, can help us if he has time to review it in his cell. He doesn’t want to see crime scene photos, your honor. That’s the last thing in the world he wants to see,” said Jim Griffin, another of Murdaugh’s attorneys.

“He was a lawyer,” Waters responded, emphasizing the past tense.

Murdaugh lost his law license earlier this year before he was charged in July with killing his wife and son. The murder charges aren’t Murdaugh’s only legal problems. He also faces about 90 other charges, most of them are financial crimes.

Prosecutors say he stole at least $8.5 million from settlements he got for about a dozen poorer clients in injury or wrongful death cases. He was most recently indicted on charges he stole from the family’s law firm and his own brother, who is an attorney there.

Authorities also have said he also laundered money through a drug ring and by writing 437 checks worth $2.4 million to associates and others to avoid bank reporting requirements. Murdaugh also tried to get a man to kill him so his surviving son could collect a $10 million life insurance policy, investigators said. 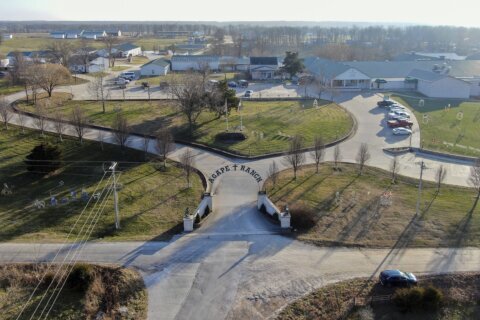