NEW ORLEANS (AP) — The future of a new national authority tasked with developing and enforcing nationwide horseracing rules was at stake Tuesday before a federal appeals court in New Orleans, with challengers saying Congress granted the panel too much power.

The Horseracing Integrity and Safety Authority is a nonprofit created in an act of Congress in 2020 — an attempt to bring uniform policy and enforcement to horseracing amid doping scandals and racetrack horse deaths.

The state of Texas joined the National Horsemen’s Benevolent and Protective Association in one lawsuit challenging the new regulatory setup. But a federal judge in Texas dismissed their arguments, including their contention that the nonprofit was delegated too much power.

Louisiana and West Virginia and their state racing commissions joined in another lawsuit and had more success when Louisiana-based federal courts put a hold on enforcement of some of the HISA rules.

Both cases were argued Tuesday morning before three judges of the 5th U.S. Circuit Court of Appeals.

“Never before has Congress delegated this much power to a non-governmental entity,” Daniel Suhr, an attorney for the horsemen’s association, argued in the Texas case. He said the law “crossed a fundamental constitutional line that goes to the nature of our democracy.”

While the Federal Trade Commission has ultimate authority to approve or disapprove HISA regulations, it can’t modify them. And the authority can reject proposed modifications, the Texas attorneys argued.

Defending the HISA regulatory scheme, attorney Joe Busa for the FTC, stressed that the private rule-making authority remains subordinate to the FTC. “If, in the FTC’s independent view of what it means to treat horses humanely they think that a particular rule is just not consistent with the humane treatment of horses, the FTC can disapprove a rule on that basis.”

In the separate Louisiana case, Shae McPhee, with Louisiana Attorney General Jeff Landry’s office, said the state sued because it has a “sovereign interest” in drawing up and enforcing its own rules, which it does through its state Racing Commission.

The state argues that the various rules being phased in by HISA were adopted after only 14 days of public comment, too little time, they argued, under the federal Administrative Procedures Act, for such a momentous regulatory change. “Here, we have something that’s never been done before. you have a takeover of an industry that’s been committed to the regulation of the state since the time of the founding,” McPhee said.

The panel members — judges Carolyn Dineen King, Kyle Duncan and Kurt Engelhardt — did not indicate when they would rule. 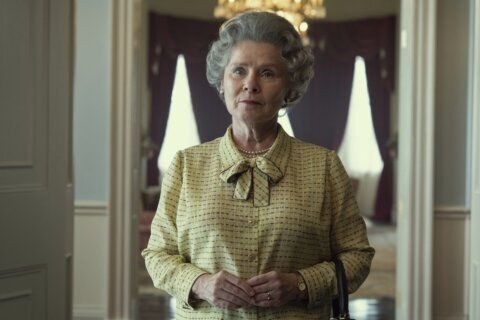 ‘The Crown’ back in November for season 5 with new queen