NEW YORK (AP) — After a string of arrests and erratic behavior that spanned Hawaii to Vermont, “Flash” actor Ezra Miller said they have begun treatment for “complex mental health issues.”

The 29-year-old Miller, who identifies as non-binary, issued a statement late Monday. On Sept. 26, Miller is due to appear for arraignment in Vermont Superior Court after being cited for felony burglary in Stamford, Vermont. Authorities last week said Miller had taken several bottles of alcohol from a residence while the homeowners weren’t present.

“Having recently gone through a time of intense crisis, I now understand that I am suffering complex mental health issues and have begun ongoing treatment,” Miller said in a statement. “I want to apologize to everyone that I have alarmed and upset with my past behavior. I am committed to doing the necessary work to get back to a healthy, safe and productive stage in my life.”

Miller was arrested twice earlier this year in Hawaii, including for disorderly conduct and harassment at a karaoke bar. The second incident was for second-degree assault.

The parents of 18-year-old Tokata Iron Eyes, a Native American activist, earlier this year filed a protection order against Miller, accusing the actor of grooming their child and other inappropriate behavior with her as a minor from the age of 12. Tokata Iron Eyes has disputed that.

Representatives for Miller have not responded to requests for comment on those allegations or previous arrests.

Miller’s personal troubles have been a particularly pressing issue for Warner Bros. and DC Films. After appearing in several “Justice League” movies as the Flash, Miller stars in an upcoming standalone film about the speedy superhero due out next summer. Principal photography on “The Flash” was completed last year. David Zaslav, chief executive of Warner Bros. has said that the studio is committed to releasing the film. 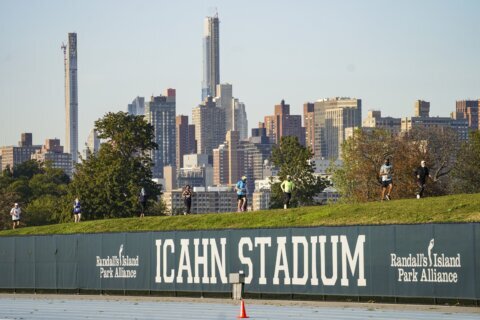