A Hidalgo County jury deliberated for about six hours Thursday before finding former Edinburg Mayor Richard Molina not guilty of the organized fraud count and 11 counts of illegal voting. Molina sobbed in his attorney’s arms after hearing the verdict.

Edinburg is a city of about 90,000 people and is the headquarters for U.S. Customs and Border Protection operations in the Rio Grande Valley.

The charges against Molina mark a high-profile arrest for Texas Attorney General Ken Paxton, a Republican who has made prosecuting illegal voting cases a priority and has touted tough prison sentences handed down in election fraud cases. In February 2019, however, a federal judge said there was no evidence of widespread voter fraud in Texas after the state wrongly questioned the U.S. citizenship of thousands of voters.

A message to Paxton’s office seeking comment was not returned.

Molina unseated the city’s longtime mayor by about 1,200 votes in 2017. Prosecutors alleged Molina, who was arrested and charged in April 2019, tried to tip the scales by having voters change their addresses to places they didn’t live, including an apartment complex he owned.

Molina testified in his own defense that he believed his actions were legal under the attorney general’s opinions that were in effect.

Molina’s wife, Dalia Molina, and ex-business partner, Julio Carranza, still await trial on similar charges. Both have pleaded not guilty, but Carranza testified for the protection in his former partner’s trial.

Man who plotted to blow up Democratic HQ to be sentenced 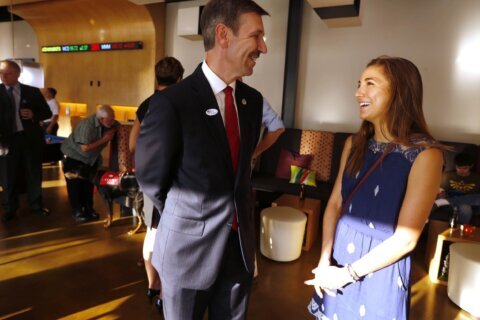 Tulsa prosecutor recovering after being stabbed by daughter