Body found in reservoir believed to be California teen

TRUCKEE, Calif. (AP) — A body found in a Northern California reservoir is believed to be that of 16-year-old Kiely Rodni, who went missing weeks ago after attending a large party at a Sierra Nevada campground, authorities said Monday.

Nevada County Sheriff Shannan Moon told a press conference that the body had not been identified yet but “we believe it is our missing person.” The body was found when the teen’s submerged car was located, but officials offered no theory of how it ended up in the water.

Rodni’s family thanked the searchers for their help in a statement Monday and said they would be grieving privately.

“While we accept this sadness cast under death’s shadow, the rising sun shines light upon us, reminding us not to mourn our loss, but to celebrate Kiely’s spirit and the gift that we all received in knowing her,” the Rodni-Nieman family wrote in the statement. “Kiely will surely remain with us even though we will not get her back.”

Volunteer divers with a sonar-equipped group called Adventures with Purpose said they found Kiely Rodni of Truckee on Sunday inside her car, which they said came to rest upside down under about 14 feet (4.2 meters) of water in Prosser Reservoir, about 55 feet (16.7 meters) offshore.

Adventures with Purpose search members Doug Bishop and Nick Rinn briefly described the search in a Facebook livestream Monday morning. Rinn said they were limited in the scope of details they could release. The Oregon-based group says it has solved more than 20 missing persons cases using sonar and search-and-rescue techniques for its dive team.

Bishop said they put two sonar boats in the water at 10:40 a.m. and by 11:15 a.m. Rinn detected an object with sonar technology. Bishop said he was able to confirm it was a vehicle. Rinn put on his gear and conducted the dive to examine the car.

“Once we confirmed it was indeed Kiely’s vehicle we immediately notified family, law enforcement and (the teen’s) dad and grandpa were on scene within minutes,” Bishop said.

Ann Riordan, a longtime Truckee resident and family friend, said she had been holding out hope and joined in the search every day she wasn’t working.

“It’s probably one of the worst things that’s happened in this community in the 45 years I’ve lived here,” she said.

Nevada County sheriff’s Capt. Sam Brown said the law enforcement task force now needs to determine how and why Adventures with Purpose divers found Rodni’s body despite searches in the area by the task force. He said it was not yet clear whether the volunteer group had better equipment or advanced training — or both — that the sheriffs’ offices and other agencies may not have.

Brown also noted among changed conditions the reservoir’s water level has dropped as much as 4 feet (1.2 meters) since Aug. 6.

“In hindsight, everything looks 20/20,” Brown said. “The reality is, it’s not that simple. It is pretty complex and it’s tough.”

Brown did not say whether police believe she drove into the lake or could have been a victim of foul play. An autopsy is scheduled for Tuesday.

The area has curvy roads, and photos of the area where the car was pulled out of the reservoir show a wide expanse of bare shoreline that appears to gradually slope toward the water.

Rodni was last seen alive Aug. 6 near the Prosser Family Campground in Truckee, attending a party with hundreds of young people, authorities have said. The campground is at the reservoir in the Sierra Nevada, about 165 miles (266 kilometers) northeast of San Francisco.

Her friend, Sami Smith was at the party with her and said Rodni had been planning to spend the night at the campground.

“I know that she wasn’t in the right mindset or state to drive. And if she were to have driven, she wouldn’t have made it far,” Smith told KOVR-TV.

Friends and family feared she had been kidnapped. Her phone had been out of service since the party, and her 2013 silver Honda CR-V had not been found.

Marine units from three local sheriff’s offices searched the reservoir. The search grew to a wide area of California and Nevada and involved at least 16 local, state and federal enforcement agencies.

Shane Weinreis, president and dive officer of Montana-based U.S. Water Rescue Dive Team, said such searches are akin to looking for a needle in a haystack.

“It’s not uncommon for agencies and teams to do a search and not find anything and then another team comes in and does find something,” he said.

Rodni’s car probably traveled 75 feet (22.8 meters) from the shoreline on the day it went into the reservoir -– a long distance for divers to cover initially, Weinreis said.

But as the water level dropped several feet the shoreline expanded, meaning the distance in the water to the car, decreased to a more reasonable distance.

“If divers were searching from the shore, it would have been easier for them to be searching now versus when they first started,” he said.

Dozens of family and friends also searched and offered a $50,000 reward. Authorities did not know Monday if Adventures with Purpose would receive the reward.

Officials praised Adventures with Purpose, but said the group’s success was based on information that law enforcement shared with them, including maps and cellphone ping locations.

Yet Brown said he did not think the task force had been officially notified that the group had discovered Rodni’s car.

“I think we reached out to them after we read it online,” he said.

Adventures With Purpose announced on Facebook that divers had located Rodni just before 2:30 p.m. Sunday. The group’s YouTube page, which has nearly 2.5 million subscribers, features heavily edited videos of their cases, as well as footage of dives for underwater treasure, missing cars, boats and guns. The “episode” featuring Rodni’s case will be uploaded within a week or so, Bishop said Monday.

The team provides its services to families for free but relies on donations, sponsorships and merchandise purchases for funding.

But the group considered taking legal action in 2020 after the team found the body of Ethan Kazmerzak, an Iowa man who had been missing since 2013, and wanted to collect the $100,000 reward. It was not immediately clear whether a lawsuit was ever filed.

“We understand that the resource we provide with our unique skill set is rare and it is an honor to help agencies and families all across the nation,” Bishop said Monday. “We will be working together with authorities here to share this knowledge over the next couple of days.” 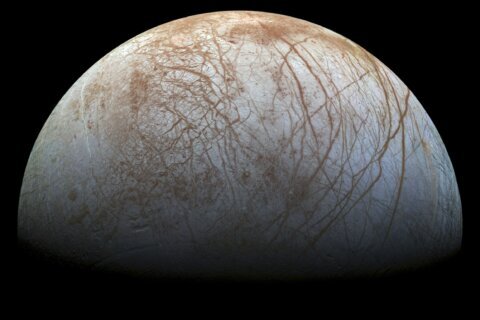 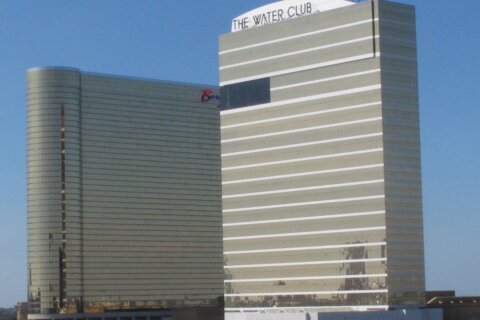