NEW YORK (AP) — Drivers entering the heart of New York City would pay an extra $9 to $23 as soon as the end of next year under a plan aimed at reducing congestion in the country’s most congested city.

Details on the plan, known as congestion pricing, were included in an environmental assessment released Wednesday that is part of the federal regulatory process. The tolls aren’t expected to be put into effect until the end of next year at the earliest, and would be the first of their kind used in the U.S. Other cities including London, Stockholm and Singapore have used similar plans.

Drivers entering Manhattan south of 60th Street would be charged electronically. According to the environmental assessment, travel speeds in Manhattan’s central business district decreased 22%, to an average of about 7 mph, between 2010 and 2019, and drivers experience about 102 hours of lost travel time per year as a result. Local bus speeds have decreased 28%.

Revenue from the tolls, projected to be roughly $1 billion annually, will be used to finance borrowing to upgrade the city’s mass transit systems.

While the rate structure — which likely will include a maze of discounts and exemptions — will be finalized by a six-person board, Wednesday’s report offered several scenarios describing how much drivers could pay.

Tolls would be higher during peak periods in general, but the scenarios listed Wednesday offered shifting rates depending on a few factors — primarily, which discounts are given to drivers already paying tolls at bridges and tunnels entering Manhattan, and whether there is a cap on the number of times a car or truck can be tolled in one day.

For example, tolls would peak at $23 under a scenario in which cars, trucks, taxis and for-hire vehicles would be capped at one toll per day and drivers already paying tolls at seven bridges and tunnels into Manhattan would receive credits; conversely, tolls would top out at $9 in a scenario in which taxis, for-hire vehicles and trucks would have no cap on how often they could be charged and drivers at the seven crossings wouldn’t receive credits.

Only one of the seven scenarios includes a credit for drivers crossing the George Washington Bridge from New Jersey in upper Manhattan. Several New Jersey lawmakers have sharply criticized the tolling plan as an unfair tax on New Jerseyans who commute to New York, since none of the money would go toward mass transit in New Jersey.

On Tuesday, Democratic U.S. Rep. Josh Gottheimer and state lawmakers introduced a bill to incentivize businesses in New York to open new offices in New Jersey for employees who are based there.

Officials in Rockland County, northwest of New York City, criticized the plan Wednesday for burdening commuters they said often have to drive into Manhattan because public transit options are scarce.

“Despite everything we contribute we are never on the receiving end of these capital program investments and that needs to change now,” County Executive Ed Day said in a statement.

Manhattan residents who live in the tolling area and make less than $60,000 per year would be eligible for a tax credit to cover the cost of tolls they pay, under the current proposal.

Wednesday’s report acknowledged that for-hire vehicle drivers — whose numbers tripled in Manhattan between 2010 to 2019, to 120,000 — will be adversely affected even if customers are responsible for paying the toll, as is expected. If the final plan calls for them to be charged more than once per day, the Metropolitan Transportation Authority would waive fees for drivers who want to work for the MTA or its affiliated vendors.

The MTA is scheduled to hold six public hearings on the plan during the last week of August. 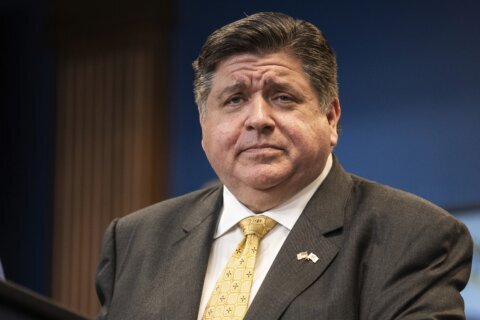