The charges mark the opening salvo from the Office of Election Crimes and Security, which from its conception drew widespread criticism from Democrats and voting rights groups who feared the unit would serve as a political tool for the governor.

DeSantis said the people charged were convicted of murder or a felony sexual offense and therefore exempt from a constitutional amendment that restores voting rights to some felons. He said most of those charged were from Broward, Miami-Dade or Palm Beach counties, all Democratic strongholds. He released few details.

The 20 people were among more than 11 million Florida voters who cast ballots in the 2020 election.

“They did not go through any process, they did not get their rights restored, and yet they went ahead and voted anyways,” DeSantis said at a campaign-style event in Fort Lauderdale before cheering supporters. “That is against the law and now they’re gonna pay the price for it.”

DeSantis, an ascendant Republican and potential 2024 presidential candidate, pushed the state legislature to create the election police unit to address voter fraud concerns that have proliferated in the GOP following former President Donald Trump’s false claims that his reelection was stolen.

Voter fraud is rare, typically occurs in isolated instances and is generally detected. An Associated Press investigation of the 2020 presidential election found fewer than 475 potential cases of voter fraud out of 25.5 million ballots cast in the six states where Trump and his allies disputed his loss to Democratic President Joe Biden. DeSantis has previously praised Florida for carrying out a smooth election in 2020.

The Office of Election Crimes and Security was created as part of a voting law package approved by the GOP-controlled Legislature earlier this year. The unit reviews fraud allegations and conducts preliminary investigations, with the law requiring the governor to appoint a group of special officers from the Florida Department of Law Enforcement to pursue alleged violations.

Preexisting state law had allowed the governor to appoint officers to investigate violations of election law but did not require him to do so.

Florida Agriculture Commissioner Nikki Fried, a Democrat running for governor, said DeSantis’ announcement was meant “to intimidate voters and suppress turnout in the most Democratic counties in Florida.”

“Everybody wants elections to be secure, but Ron DeSantis — who has never refuted Donald Trump’s Big Lie— is the last person we can trust with ‘election police,’” she said. 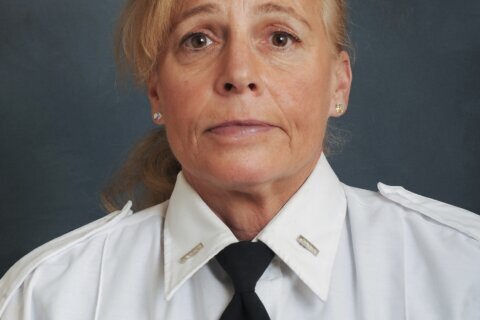