Billions of dollars in climate and environment investments could flow to communities in the United States that have been plagued…
Listen now to WTOP News WTOP.com | Alexa | Google Home | WTOP App | 103.5 FM

Billions of dollars in climate and environment investments could flow to communities in the United States that have been plagued by pollution and climate threats for decades, if the proposed Inflation Reduction Act becomes law. The bill, announced by Sens. Chuck Schumer and Joe Manchin last month, could also jumpstart a transition to clean energy in regions still dominated by fossil fuels.

But there are also provisions in the bill that are supportive of fossil fuel expansion. And some who live and work where climate and environmental injustices are the norm worry that those parts of the bill force their communities to accept further harm from pollution, in order to protect their health from climate change

“Environmental justice communities once again appear to be placed in a precarious position of having to accept risky carbon capture and sequestration technologies, more pollution, and unfair health ‘trade-offs’ in order to get environmental and climate benefits,” Robert Bullard, a professor of urban planning and environmental policy at Texas Southern University in Houston, told the Associated Press after reading the bill. Bullard is also a member of the White House Environmental Justice Advisory Council.

Still, experts say the climate and environmental justice provisions proposed in this bill, along with other federal investments in pollution reduction and climate damage avoidance, are historic and could mean a generational shift in environmental health for some regions of the U.S.

“Over the last two years, there’s probably more money being invested in these communities than over the last 20 years,” Sacoby Wilson, associate professor at the University of Maryland School of Public Health, said.

The regions that could most benefit from the approximately $45 billion proposed for environmental and climate justice are port communities threatened by rising sea levels and areas dominated by the fossil fuel economy.

That’s the case for Kim Gaddy, who serves as a port commissioner for the City of Newark and lives there. Gaddy said the air pollution from diesel trucks in the city, and entering and leaving the Port of Newark, are a major contributor to high rates of childhood asthma and other respiratory conditions in the city, which is nearly 50% Black.

“The pollution from our ports is a huge problem,” Gaddy said. “We get so much diesel pollution in our communities because some of the oldest trucks are still allowed to come in and out of the port and then there are all of the highways and byways that are part of the whole movement of freight. That has a huge impact on our community.”

There is $7 billion in the bill that could help communities like Gaddy’s – $4 billion to create a fleet of zero-emission heavy duty vehicles and $3 billion in grants to clean up air pollution at ports. And 40% of overall benefits from those investments would go toward underserved communities, as part of the Biden administration’s Justice40 initiative.

Gaddy said federal investments like the ones proposed in the Inflation Reduction Act would help Newark “tremendously.”

“We would see cleaner trucks in our community and the transportation would change as well,” she said. “There’s a lot of individuals who rely on public buses, so our buses need to be electrified or have cleaner technology.”

Two of those cities, Houston and New Orleans, are dominated by the fossil fuel industry and have already experienced several extreme weather events made more intense by climate change.

But one of the largest investments proposed in this bill is the $27 billion for establishing a Greenhouse Gas Reduction Fund. The fund, modeled after green banks established in states like Connecticut, New York and California, will invest in clean energy projects to reduce greenhouse gas emissions.

Like several provisions in this bill, the fund was originally proposed in the Build Back Better legislation that failed to pass Congress last year as a key piece of climate and environment policy to clean up air pollution and transition from fossil fuels to cleaner energy sources.

Katherine Hamilton, co-founder and chair of the clean energy and innovation consulting company 38 North Solutions, has been a major advocate for establishing a green bank at the federal level. She said it would help accelerate investment in clean energy projects around the U.S. and aid regions where fossil fuel industries are the primary source of economic activity, like in the Gulf Coast or Appalachia.

“We find ourselves in a position where people are left behind who should not be left behind,” Hamilton, who’s family is from Appalachia, said. “Their entire ecosystem …. is built around an industry that is dead and they’re left with …. not being able to understand how they can be a part of the future and this bill, and this fund specifically, will hopefully allow those communities to start seeing themselves as part of the future.”

But while there is a lot of hope for what the Inflation Reduction Act can bring to communities, there is also hesitation with parts of the bill that experts said prop up the fossil fuel industry. One of those is a provision that requires the federal government to lease a certain amount of its public lands for oil and gas extraction whenever it leases public lands for solar and wind energy generation.

“There are things in this package that are poison pills for our communities. So while there are environmental justice investments and clean energy investments, we have to be clear-eyed in our assessment,” said Adrien Salazar, policy director for the Grassroots Global Justice Alliance, a climate justice nonprofit. “There are things that will harm people who live on the frontlines of fossil fuel extraction, pollution and the climate crisis.” 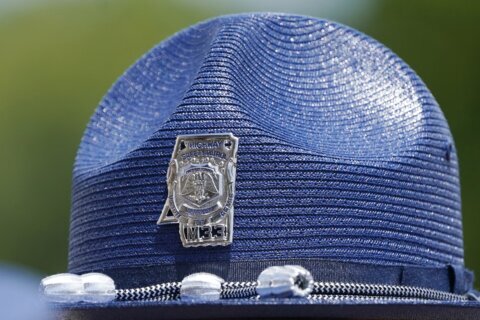 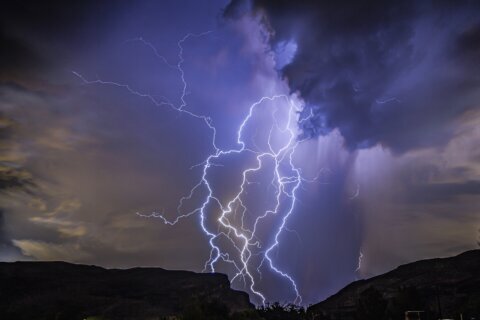