REYDELL, Ark. (AP) — The death of an Arkansas judge whose body was recovered from a lake is being investigated…
Listen now to WTOP News WTOP.com | Alexa | Google Home | WTOP App | 103.5 FM

REYDELL, Ark. (AP) — The death of an Arkansas judge whose body was recovered from a lake is being investigated as an accidental drowning, authorities said.

Jeremiah T. Bueker, 48, went missing Saturday night and his body was recovered the next morning from Mud Lake in Reydell, about 75 miles (120 kilometers) southeast of Little Rock, the Jefferson County Sheriff’s Office said.

Maj. Gary McClain told the Arkansas Democrat-Gazette that Bueker went missing after going for a ride on a recreational vehicle. He was spending the weekend with family at a nearby cabin, McClain said.

“It appears he decided to go swimming after maybe being dusty and he went missing,” he said. “No one was with him, he was alone.”

The sheriff’s office said crews used sonar to locate Bueker’s body at the bottom of the lake Sunday morning.

Bueker was a county district judge for the northern district of Arkansas County. 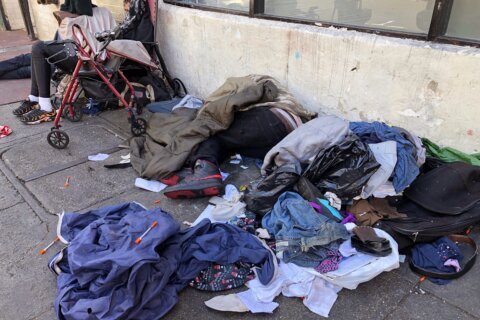