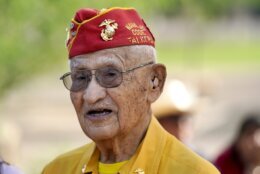 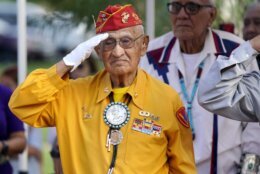 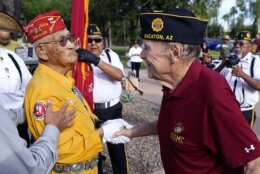 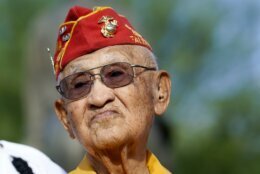 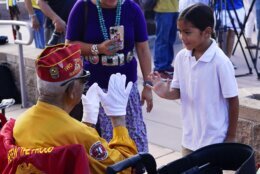 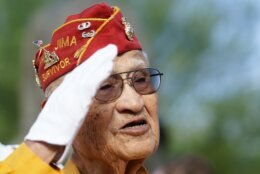 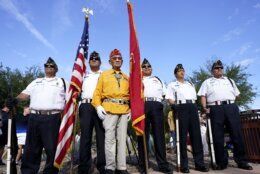 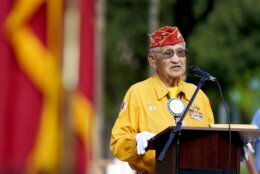 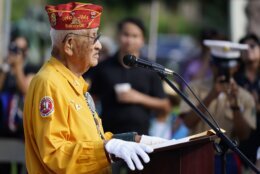 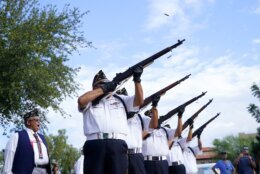 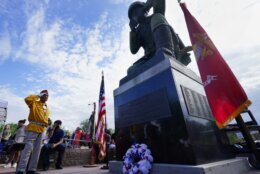 PHOENIX (AP) — It’s been 80 years since the first Navajo Code Talkers joined the Marines, transmitting messages using a code based on their then-unwritten native language to confound Japanese military cryptologists during World War II — and Thomas H. Begay, one of the last living members of the group, still remembers the struggle.

“It was the hardest thing to learn,” the 98-year-old Begay said Sunday at a Phoenix ceremony marking the anniversary. “But we were able to develop a code that couldn’t be broken by the enemy of the United States of America.”

Hundreds of Navajos were recruited by the U.S. Marines to serve as Code Talkers during the war. Begay is one of three who is still alive to talk about it.

The Code Talkers participated in all assaults the Marines led in the Pacific from 1942 to 1945 including Guadalcanal, Tarawa, Peleliu and Iwo Jima.

They sent thousands of messages without error on Japanese troop movements, battlefield tactics and other communications crucial to the war’s ultimate outcome.

President Ronald Reagan established Navajo Code Talkers Day in 1982 and the Aug. 14 holiday honors all the tribes associated with the war effort.

Begay and his family came from Albuquerque, New Mexico, to Phoenix for Sunday’s event at the Wesley Bolin Plaza where a Navajo Code Talker statue is displayed.

3 die when plane hits Minnesota home, but 2 in house unhurt