RENO, Nev. (AP) — County commissioners in rural Nevada appointed a new top election official who has denied that President Joe Biden won the 2020 election and promises to implement plans to count every ballot by hand, in place of electronic vote tabulating machines.

Republican Mark Kampf will succeed veteran county Clerk Sam Merlino, who is resigning over the county commission’s hand-counting plans after months of unprecedented scrutiny over her work administering local elections. Kampf, whose first day as interim county clerk is Friday, is an accountant who recently served as county treasurer and won the Republican Party’s nomination for county clerk in the June primary.

After a marathon five-and-a-half hour commission meeting in which members of the public largely backed his appointment, commissioners voted 4-1 Tuesday to appoint Kampf. Most residents pointed to his experience and an 18-page plan he has that includes overhauling Nye’s election for all paper-counting, broken up by precinct.

“I think it’s a waste of taxpayers’ time and money to train somebody else when Mark did win the primary and he is likely the one who is obviously going to get elected in January,” said resident Chelsy Fischer.

The secretary of state’s office has scheduled hearings this month to weigh new requirements for counties that plan to hand-count.

In brief remarks on Tuesday, Kampf also alluded to a “parallel tabulation process” that will run alongside the hand count. He said it would mimic much of what is currently in place for mail-in ballots, which are sorted and tabulated using machines, but did not elaborate on if this version would also include the machines.

Kampf has been a fixture at county commission meetings and workshops convened by the secretary of state throughout this year. He has said that education and an overhaul of election procedures are needed to restore trust in elections that he claims was eroded during the 2020 election.

“I believe Donald Trump won the 2020 election,” Kampf said at an April Republican primary debate during which all the candidates cast doubt on voting machines and Biden’s victory.

Federal and state election officials and Trump’s own attorney general have said there is no credible evidence the 2020 election was tainted. Trump’s allegations of fraud were also roundly rejected by courts, including by judges he appointed.

Throughout the year, Kampf has received support from Jim Marchant, the Republican Party’s nominee for Nevada secretary of state and a leader of the “America First” coalition of candidates who deny the validity of the 2020 election. Marchant on Tuesday told commissioners that Kampf’s appointment would allow them to allow them to implement a new voting system “that we can roll out all over the country.”

Marchant’s support echoed remarks he made Saturday on former Trump campaign strategist Steve Bannon’s “War Room” podcast. Marchant said that after ditching voting machines in Nye County, he and his coalition planned to distribute hand-counting procedures throughout the country.

Kampf’s appointment is the latest indicator that distrust of the 2020 election continues to galvanize Republicans in Nevada, a Western battleground state that both parties are targeting in this year’s midterms.

In the June primary, election deniers made inroads among Republicans, winning the party’s nominations for state and federal offices. Adam Laxalt, Republican candidate for U.S. Senate, co-chaired Trump’s reelection campaign in Nevada and led failed court challenges to overturn the state’s 2020 election results based on false election fraud claims. In February, Marchant told voters at a candidates forum that their vote “hasn’t counted in decades.”

Joey Gilbert, who came in second in the Republican gubernatorial race by 26,000 votes, has repeatedly claimed, without evidence, that he actually won by over 50,000 votes. His team paid for a statewide recount and filed a formal challenge of the results for what he called mathematical errors in vote counting. He will appear later this month in Carson City court for a hearing on the challenge.

Despite public disagreements over plans to transition to hand-counting, Nye County commissioners on Tuesday also awarded Merlino a plaque for her years of service. 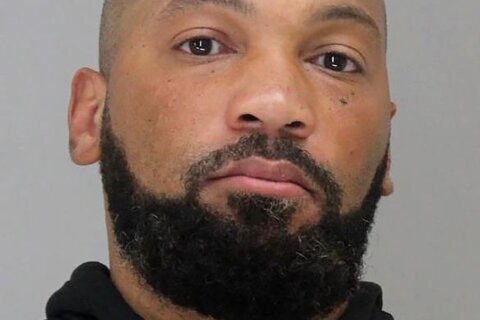